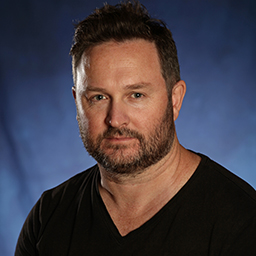 Adam began his career in the performing arts as an actor and stand-up comedian, working in both capacities in his home town of Sydney. Adam graduated from the NIDA BFA (Acting) course in 2003. Adam went on to star in television shows like Comedy Inc. and also performed at The Melbourne Comedy Festival.
In 2005 Adam began teaching with NIDA Open, enjoying it so much that he went on to study a Grad Dip Ed at Notre Dame University in 2006, and subsequently working as a drama teacher at The King’s School from 2007–2017. During that time Adam developed a passion for plays and playwriting, particularly long-form monologues.
Adam hopes to take his one-man show Spoken in Jest to various fringe festivals around the world and henceforth to continue working as a playwright, actor and stand-up comedian.