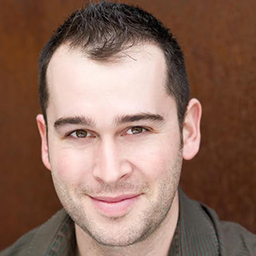 Nick graduated from NIDA in 2007 with a Graduate Diploma in Dramatic Art (Voice). Before this he completed a BA (Performance) at Theatre Nepean (2002) and a Graduate Diploma in Humanities at UNE (2006).
Nick has worked professionally as a voice and dialect coach for major companies around Sydney such as Belvoir, Ensemble Theatre and Opera Australia as well as independent companies such as Red Line, Darlinghurst, TRS and the New Theatre. He has taught voice and dialect for NIDA’s Open program, Actor’s Pulse, Academy of Film Theatre and Television, Screenwise, Federation University and NSW Department of Education’s Arts Unit, developing a name as one of Australia’s top dialect coaches.
After an internship at University of North Carolina at Chapel Hill in 2017, observing the Miller Voice Method and coaching for PlayMakers Repertory Company, the need to convert his Graduate Diploma to a Masters to further develop his pedagogical skills and career became apparent, hence the return to NIDA.
In 2018, in addition to continuing his professional work he worked with the BFA Acting year 1 and 2 cohorts on foundational voice work and text as well as providing show support throughout the year.
He has focused on developing a sound pedagogical approach and philosophy of teaching.