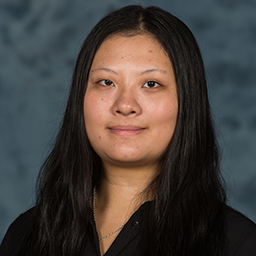 Wun completed a Certificate III Live Entertainment and Services in 2016 and worked on several semi-professional and independent productions in Sydney including Packemin Productions and Willoughby Theatre Company.

At NIDA Wun expanded her knowledge and experienced all aspects of technical theatre. She developed a strong passion for the roles and responsibilities of Head Electrician as well as Production Manager.

In 2019, Wun completed a secondment with the lighting department on the Opera Australia’s production of West Side Story on Sydney Harbour where she later worked on as a follow spot operator. She also completed a Production Management secondment on Sydney Theatre Company’s production of The Real Thing before undertaking the Production Stage Manager role herself on Goldilocks in NIDA’s 2019 October Season of Student Productions.

Wun is excited to expand her knowledge and looks forward to working in a variety of live entertainment venues including theatre, events and festivals.

As a director, Darcy is interested in Australian stories and new Australian work. He is also interested in combining his passions for design and film to enhance a live theatrical performance.