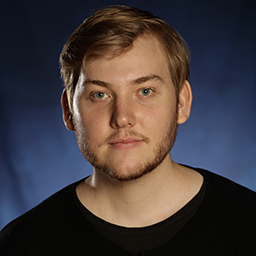 Prior to studying at NIDA, Christopher completed a Bachelor of Music Theatre at the Griffith University Queensland Conservatorium. Graduating in 2016, Christopher went on to direct cabarets and one-act plays in Brisbane, both as an independent producer and as part of Short+Sweet.
In 2017, Christopher began a collaboration with Fin Taylor and Michael Gerard Bauer on a musical adaptation of Bauer’s novel Don’t Call Me Ishmael, which had a premiere presentation in April 2018, at the Schonell Theatre in Brisbane.
Whilst at NIDA, Christopher focused on directing for musical theatre, working on excerpts of musical as well as seconding with Priscilla, Queen of the Desert: The Musical and Starstruck: The Stage Musical.
Christopher looks forward to working more within the field of musical theatre, both as a writer and director, and is currently working on a rock-musical adaptation of Big Blue Sky (Peter Garrett’s autobiography).