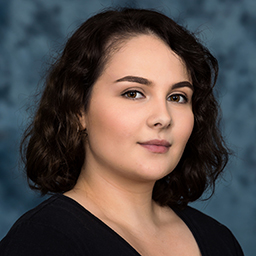 Jazz fell in love with acting at the ripe old age of 2, after demanding of her (at the time) very naïve parents that she get onto the TV because ‘that’s where Hi-5 was’. At the age of 6 her now not-so-naïve parents fuelled Jazz’s passion for dramatics and play into drama classes, a decision which scored them front row seats to many impromptu loungeroom plays and sing-a-longs.

At the age of 11, Jazz was accepted into Geelong Society of Operatic and Dramatic Arts (GSODA), where she trained for six years. At 15 she broadened her horizons and began studying screen acting with Grace Studios, and at 18 Jazz dove headfirst into the world of directing with a production of W.A.S.P. by Steve Martin.

At NIDA Jazz had the privilege of becoming NIDA Student Body President, working with two international directors and a plethora of home-grown talent while the excited little 2-year-old inside her can’t believe
she’s even here.

During her time at NIDA, Victoria has enjoyed collaborating on a wide variety of projects while building upon her interest as a costume cutter and maker.