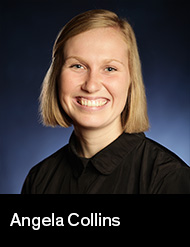 Ang is an emerging playwright originally from Newcastle, NSW. She completed her Bachelor of Arts (Languages) at the University of Sydney in 2016, where she cut her writerly teeth as part of the Sydney University Dramatic Society.

Ang was a participant at Australian Theatre for Young Peopleʼs (ATYP) National Studio at Bundanon Trust in 2016; her short piece Blueberry Girl Grows Up was subsequently featured in ATYPʼs Intersection in February 2017 as a result of the Studio. This piece later grew into Blueberry Play, which was shortlisted for the 2017 Griffin Award.

Ang worked on two plays and various other exciting projects while studying her Master of Fine Arts (Writing for Performance) at NIDA.