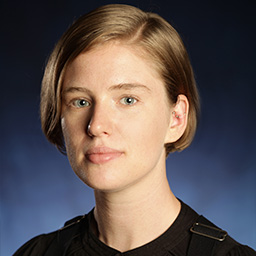 Kathleen grew up in Canberra, where she completed a Certificate IV in Clothing Production at the Canberra Institute of Technology in 2010, and several related short courses.

In 2013, Kathleen moved to Adelaide to complete a Diploma of Costume for Performance at the Adelaide College of the Arts. While in Adelaide, she undertook an industry placement at the State Theatre of South Australia, Danger 5 season 2 (SBS TV series 2011), assisted on Deadline Gallipoli (TV mini-series 2015), and assisted in various roles for the Adelaide Fringe Festival Opening Parade in 2014.

Kathleen explored her interest in historical dress and research in her final year major research project, titled: The Dress Detective: Museum techniques of investigation and documentation.

From her experiences, Kathleen enjoys various roles across theatre, film, television and museums. Her skills include cutting and sewing for womenʼs and menswear, millinery, dressing, standby on film, costume supervision, costume mounting, and historical research. Kathleen has undertaken industry placement on Picnic at Hanging Rock (TV mini-series 2017) and will complete another before graduating.

Adelaide born and raised, Tom made his film debut aged 10 in Last Ride, for which he was nominatedfor Best Young Actor at the 2009 AFI Awards.