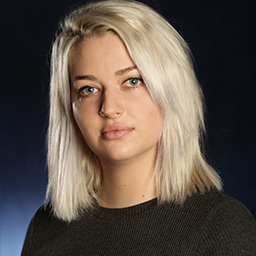 Heather began her creative career as a painter and illustrator through studying Fine Arts at the Hunter Street Campus for Fine Arts in Newcastle. Her fascination with storytelling, film and the development of character, led her to broaden her creative interests by moving to Sydney and completing a Cert V in Design, shortly followed by a Diploma in Design for Live Production, Theatre and Events.

While at NIDA, Heather has expanded her skills as a multifaceted designer. She has worked on a number of film and television placements, including: The Nightingale (Art Department) The Easy beats (Costume Department) and plans to work in both these areas in her future career.

With the skillsets gained at NIDA and the wider arts community, Heather plans to continue creating artworks and performance that are centred around storytelling, and the importance of costume and character. Heather is a recipient of the 2017 William Fletcher tertiary grant for emerging artists.

During her final year at NIDA Meg chose to focus her masterwork around the scenic art of 3D printed objects, improving her skills and knowledge around 3D printing and the scenic finishing of 3D objects.