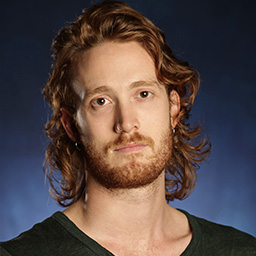 Prior to beginning a BFA (Design for Performance) at NIDA, Christopher completed an Advanced Diploma of Fashion Design at TAFE Sydney Institute in 2011 and was selected to present his graduate collection as part of The Innovators showcase at the 2012 Mercedes Benz Fashion Week Australia. As the Head Designer for Fernando Frisoni, a boutique womenswear label, Christopher also presented collections at MBFWA both in 2010 and 2011. In 2013, with the Apparel Group, Christopher cocreated, designed and branded a new youth menswear brand for MYER that was stocked in over 25 retailers nationwide.

In 2015, Christopher was selected as a finalist in the World Of Wearable Art (Auckland) for his creature costume Celcus. As Arts Project Coordinator for the Surry Hills Festival, Christopher realised three community outreach programs The Surry Sock Puppets (2015), The Picnic Blanket Story (2015) and Wall of Fame (2016). As an experienced maker and creative fabricator, Christopher has also collaborated with a number of contemporary artists to realise large-scale sculptures and installations.

Christopher enjoys the varied and diverse collaborations that continue to inspire his artistic practice, and looks forward to many more throughout his career.