Enya is a Melbournian of Irish descent. At a young age, she started training in acting, musical theatre, singing, piano and various styles of dance at Centrestage Performing Arts School, where she studied intensively for 10 years.

Her passion for performing became primarily focused on acting when she was named a 2012 Melbourne Theatre Company Youth Ambassador. As a teenager, she also trained and performed with the Australian Shakespeare Company in productions of Romeo & Juliet and As You Like It under the direction of Glenn Elston and Anna McCrossin-Owen.

Enya is a 2014 graduate of the full-time musical theatre course SHOWFIT, where she trained with Scott Johnson, Mathew Frank and Michael Ralph. Upon graduating at the age of 19, Enya auditioned and was accepted into NIDA.

Enya is the recipient of the 2018 BBM Youth Scholarship. She intends to use the scholarship to travel to the UK to further develop her skills as a theatre maker and collaborator, by working with a collection of leading feminist theatre, verbatim theatre, physical theatre and improvisation practitioners. 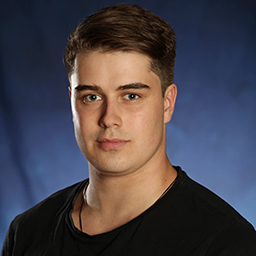