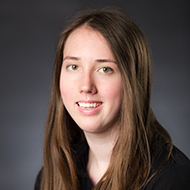 Romy has had an interest in the performing arts from a young age, which developed during her time in New York as a child where she was often taken to Broadway to see musicals and ballet. This love of the arts continued to grow during school through involvement in bands, choirs, musicals and plays.

Wishing to pursue her passion for the performing arts, Romy commenced studying at NIDA upon completing high school. Over the past three years she has gained an interest in all elements of technical production, taking on roles in lighting, sound and stage management.

Upon graduating Romy wishes to pursue a career in production management with a particular focus on a career in events, festivals and performances involving music.