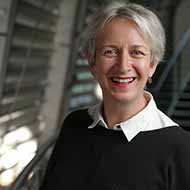 Angharad is a prominent member of Australia’s arts and cultural industry and is currently a lecturer of NIDA’s Master of Fine Arts (Cultural Leadership) course, which she co-designed.

Trained in theatre with a Graduate Diploma in Cultural Leadership, Angharad has lived and work extensively in Sydney, Melbourne, Adelaide and London.

She co-founded Industrial and Domestic Theatre Contractors, before joining the Institute of Contemporary Arts in London as a theatre producer.

In 1989 Angharad formed Cake Eaters Productions, a performance company specialising in large-scale site-specific events. In 1994 she became Director of the Performance Space in Australia, collaboratively producing and presenting a range of multidisciplinary events including cLUB bENT, a food and performance festival, a festival celebration of Pacific visual and performance culture - Pacific Wave, and the international dance festival, Antistatic.

In 1998 she (as Executive Producer) and Gideon Obarzanek established Chunky Move, a performance company presenting innovative dance events in theatres and clubs in Melbourne. Angharad then joined Peter Sellars as Associate Director for the 2002 Adelaide Festival, and established an international independent production house, Rising Tide Productions in 2004, working with some of Melbourne's most respected artists.

She was appointed Director of the London International Festival of Theatre, 2005 to 2008, where she led a process of major organisational and artistic change with the creation of a new mobile venue for a series of festivals co-programmed by artists and by the communities that hosted them.

She returned to Melbourne and in 2009 curated and directed the first Australian Theatre Forum. In 2011, Angharad was appointed Artistic Director at Arts House, the City of Melbourne’s contemporary arts centre, whereshe continued the development of  Dance Massive as a dance festival with an international reputation and initiated Australia’s first international biennial Festival of Live Art, as well as Green Room Award-winning Going Nowhere, an environmentally sustainable international arts event.

She is also Founding Director of Tipping Point Australia, developing international and local projects with artists, scientists and communities with the aim of energising the cultural response to climate change.

She has been on a number of Boards and Panels and is currently chair of Mobile States (the national touring consortia), on the Australian Performing Arts Market curatorial committee, member of the Australia Council of Learned Academies’ working group of Future Earth Australia and is a casual lecturer at Melbourne University. 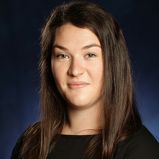 Ariadne was born in Athens, Greece. At the age of five, she moved to Bowral NSW, where she spent the majority of her childhood and teenage years playing sport – ranking third at the World Championships for Karate and representing the U’17 Australian Women’s Hockey Team.