Katerina is NIDA’s Head of Voice. She was previously Course Leader of the world renowned MA Voice Studies course at the Royal Central School of Speech and Drama, University of London and Head of the International Centre for Voice (ICV), a professional international forum established to serve the development of teachers of voice and speech around the globe.

Katerina is one of the world's leading acting, voice and speech professionals, and has been responsible for training many actors and voice practitioners now working in Europe, Australia and the USA. Graduates of her training have gone on to work at some of Australia’s and the world’s leading performing arts companies, including The Royal Shakespeare Company (RSC), Sydney Theatre Company (STC) and the Royal Academy of Dramatic Art (RADA).

Katerina is currently the only practicing Lessac Kinesensic Certified teacher in Australia. Her research into holistic voice practice as a means to self actualization has lead to national and international invitations to workshops and conferences. Katerina has recently made a significant contribution to the forthcoming book entitled Collective Writings on the Lessac Voice and Body Work: A Festschrift (ed. M. Munro, S. Turner, A. Munro and K. Campbell Florida: Llumina Press). She is also an elected board member of the Lessac Research and Training Institute Inc, and an associate editor of The International Dialects of English Archive (IDEA), an online archive of primary source dialect and accent recordings for the performing arts.

Her article Unlocking the Voice inside Rochester Young Offenders: The Impact of Lessac Voice Training within a Socially Excluded Community is a knowledge transfer project that expounds the implications of voice training on the behaviour of young offenders in a socially excluded environment. The project developed out of a particular interest in the human need to be heard and the roles and responsibilities that theatre play in wider social, political and historical contexts. 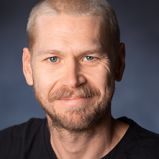