Joe Hepworth was a writer for film and television in the UK for over 15 years, including commissions for the Eon Productions and Screen Yorkshire and was a writer on the BBC’s BAFTA nominated children’s series All At Sea. He was a script reader and editor and was selected for the prestigious UK Film Council Guiding Lights scheme.

Joe has trained dramatic writers at five internationally recognised schools across three continents, including the Northern Film School (UK) and the Escuela International de Cine y Television (Cuba). He was Deputy Director of Undergraduate Programmes at the Met Film School (UK) before moving to the Australian Film, Television and Radio School (AFTRS) in 2016 as the Course Leader for their BA in Screen Production. He commenced his role as the Head of Writing at NIDA at the start of 2022.

Joe is driven by the transformative power of storytelling. Whether it’s his own work or whether it’s through the storytellers he develops, giving a voice to the stories and storytellers least often heard is at the heart of what he does. Through his own production company he has written, directed and produced, over 40 short films with underrepresented groups, including disabled young people, excluded young people, refugees, Gypsy and Roma groups, veterans, mental health groups, young people from low economic backgrounds and sexually exploited young people in Malawi.

He holds an MA in Screenwriting, is currently undertaking a PhD in interactive storytelling and curriculum design and is an Associate fellow of the UK Higher Education Academy. 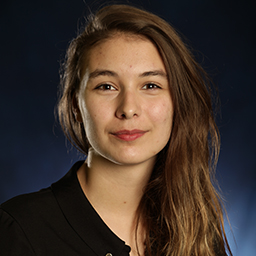 Bella combined her love for contemporary art and music to explore her constant fascination with music videos and the specialised props made for them.