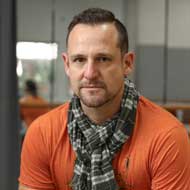 Gavin Robins is an internationally acclaimed director of visual and physical theatre.

In 2018, he opened King Kong on Broadway as the Movement and Aerial Director .

He is the co director of Man with the Iron Neck with Legs in the Wall at the 2019 Sydney, Adelaide and Darwin Festivals.

As a Creative Director, further credits include:

He has created large scale works for the 2016 and 2017, 2018 Abu Dhabi National Days, Mother of the Nation in Abu Dhabi, Clusters of Light (UAE), 70th Anniversary of Ferrari in Fiorano Modenese Italy, Opening of the 2016 European  F1 in Baku, The Opening of 2015 and 2012 Dubai National Days, Opening of Ferrari World Abu Dhabi, Dreamworks Arena Spectacular How to Train Your Dragon (World Tour), and War Horse Australian Tour (Gobal Creatures ).

In 2000 he was a key performer and choreographer for the Sydney Olympic Opening Ceremony. From 1994 to 2000 Gavin was a performer with Legs on the Wall physical theatre company. He has created and performed acrobatic and aerial works for theatre festivals across the globe.

Company B Belvior – The Promise, Reuben Guthrie, Who’s Afraid of Virginia Woolf, Conversations With the Dead, Spook, The Chairs

Bell Shakespeare Company – Henry V, Much  Ado About Nothing, Julius Caesar, Antony and Cleopatra, Tempest, Richard lll, Comedy of Errors, Hamlet, Servant of Two Masters, A Midsummer's Night Dream, Wars of the Roses, Romeo and Juliet, Merchant of Venice, As You Like It, Pericles

Gavin has been a recipient of numerous awards including a Helpman for Outstanding Theatrical Achievement and  fellowships  which has enabled him to study with some of the worlds great masters of movement and theatre. He is constantly humbled by the ever evolving and inspirational nature of this industry. 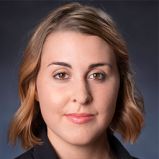 Growing up in rural NSW, from a young age Brooke has always pursed her interests in the creative arts. She was heavily involved in local dance, music and theatre communities, both on and off the stage. Wanting to develop her skills further she travelled to Sydney to complete her high school education allowing her to specialise in theatre.