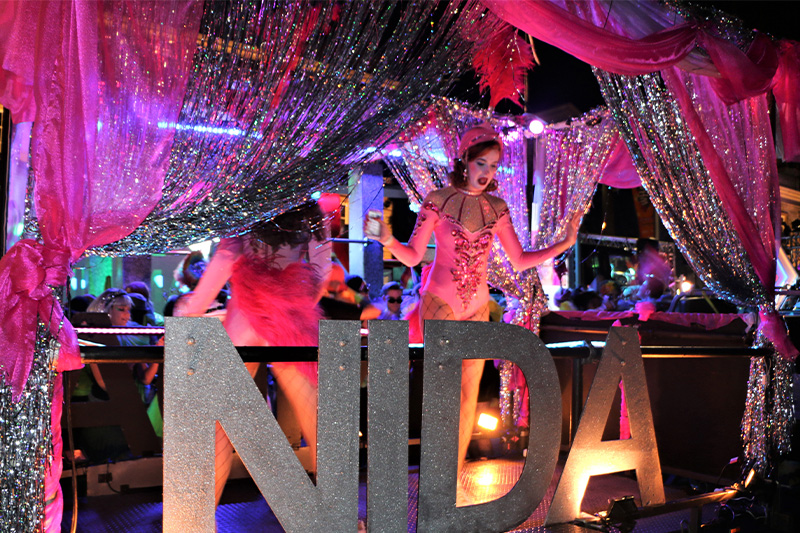 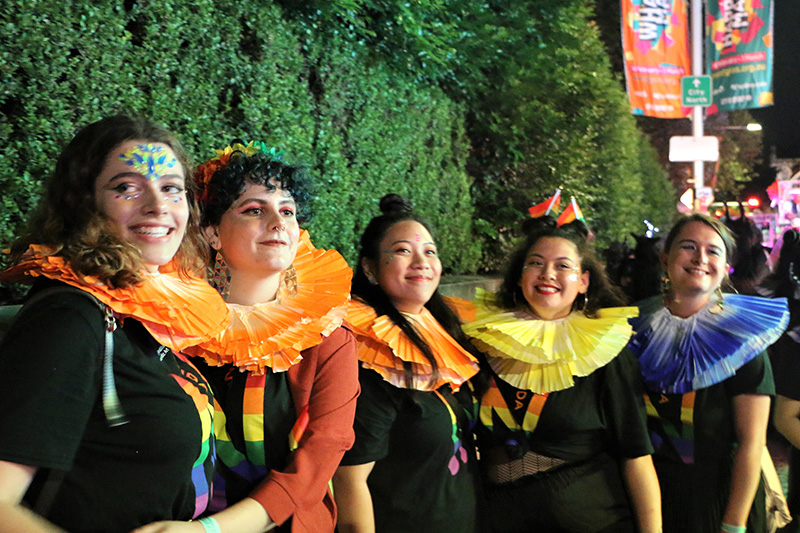 For the second year running, NIDA students created a colourful parade, choregraphed marching moves and danced their way through this year’s Sydney Gay and Lesbian Mardi Gras. NIDA’s Scenic Construction and Costume workshops became nocturnal spaces, full of Student Camp Committee members volunteering their time as they secured a much sought after place in the parade.

The results were a stunning and vibrant celebration of the importance of diversity in storytelling as the students took part in the glittery annual spectacle amongst thousands of paraders.

Soham Apte (Design for Performance) was a designer on the float, harnessed to a travelling NIDA ute.  ‘Our concept for the parade was ‘All the World’s a Stage’ so it had elements of Shakespeare, and was based on a medieval pageant wagon, complete with Elizabethan ruffs,’ he said. 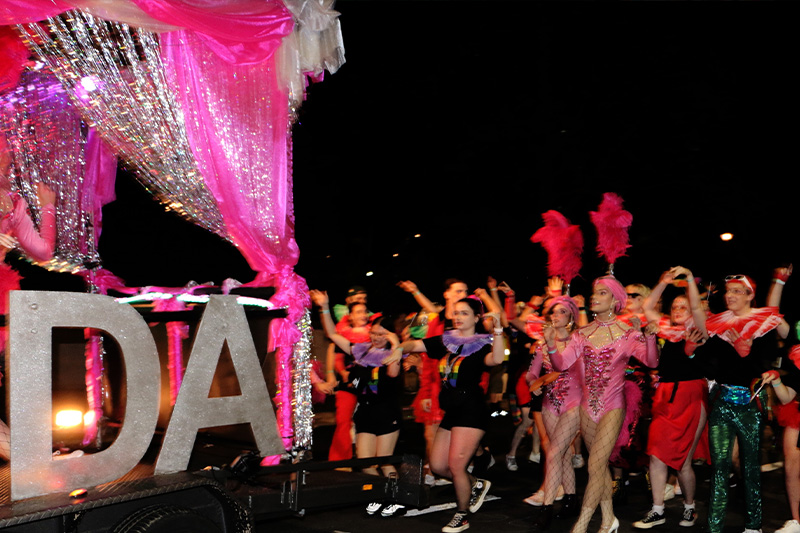 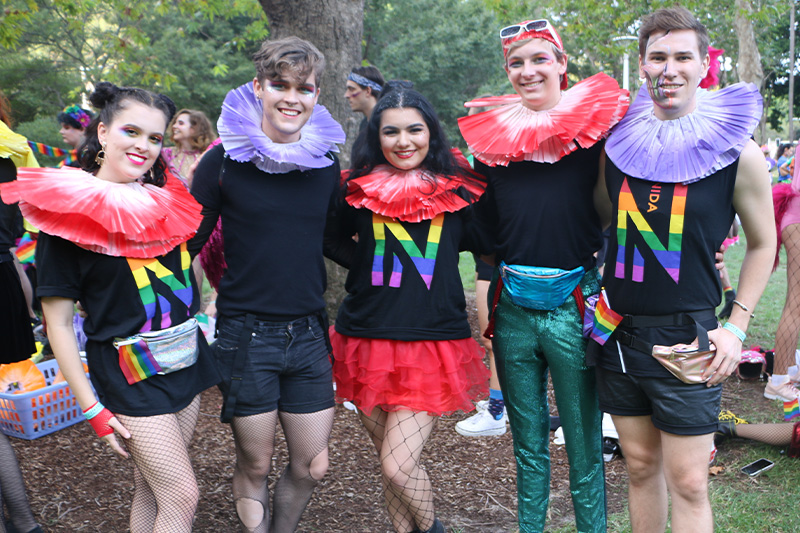 Sybilla Wajon (Technical Theatre and Stage Management) was one of three production coordinators on the parade. ‘Mardi Gras started out as a protest and now it’s such a celebration of diversity,’ she said. ‘People at NIDA identify as so many different things and our identities as storytellers is hugely important. I like to think that there might be one queer kid in the crowd who saw us go by and thought hey, NIDA is a place I could create and tell stories.’

Sybilla was the choreographer for the 60 students and NIDA community members dancing behind the trailer. The students were joined by NIDA’s Ensemble in Residence members of Midnight Feast, which creates works for performing artists living with disability. 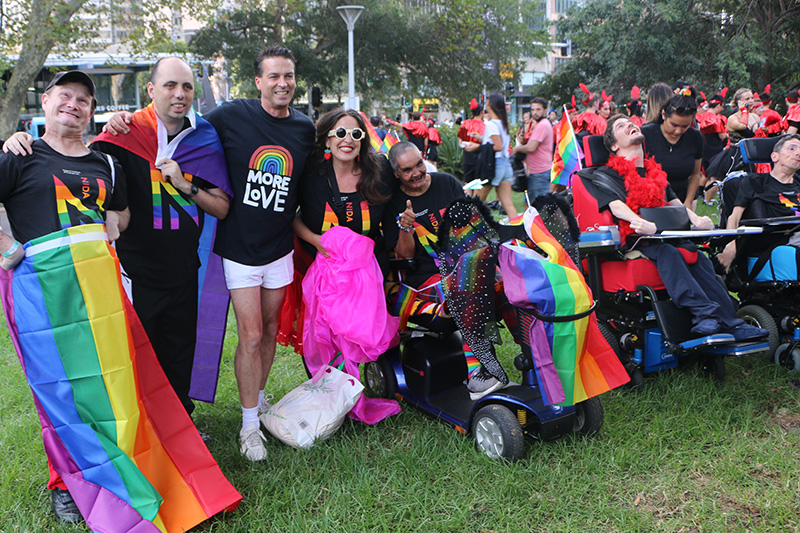 Sophie Davis (Writing for Performance) was participating in the Parade for the first time this year. ‘I’m a writer not a dancer! But it’s such a great energy and simple enough for everyone to get into I had to do it,’ she said. ‘It makes total sense that NIDA should be in this Parade. It’s great to represent what you believe in, and walk the walk. It’s terrific that so many people at NIDA got on board. All the students are working on this together, so it’s just like the production projects that we do here.’

With the 2020 theme #WhatMatters the parade was an opportunity to focus on what matters right now for LGBTIQ+ people, including the continuing campaign for equality across all communities.

‘It’s so important for NIDA students to be at the parade and I was so proud to be some part of it,’ said Soham. ‘We’re there to represent the new wave of LGBTQI+ creative storytellers.’

Major thanks to everyone who worked so hard to make this happen behind the scenes (you know who you are!), including the NIDA Camp Committee and many student volunteers, NIDA staff including course leaders, tutors and staff in the Centre for Design Practices, the Centre for Technology, Production and Management and NIDA Facilities.  Nikita Jones (Technical Theatre and Stage Management) developed the required WHS and risk assessment documentation with the support of Centre for Technology, Production and Management staff, with student Saint Clair (Technical Theatre and Stage Management) driving the project. The project was also supported by the NIDA Student Council (SCON).

Though Chika put on performances in the living room for her family from a young age, it was much later in life that she realised a career in acting was possible.