Pierce is a writer, director and maker of theatre and opera.

He studied English Literature at the University of Sydney, with a focus on early modern drama, before undertaking postgraduate studies in directing at NIDA. Upon graduating, he was appointed Affiliate Director with Griffin Theatre Company, where he assistant directed The Floating World and worked as co-creative lead on the research & development project PANACEA with Google’s Creative Lab.

Pierce is an Associate Artist with Sydney Chamber Opera, a resident company at Carriageworks, where he wrote the libretti for Notes From Underground and Fly Away Peter, which toured to the Melbourne Festival and was nominated for a Helpmann Award for Best Opera. He wrote and directed a new adaptation of the Russian Futurist opera Victory over the Sun for the Biennale of Sydney in collaboration with performance artist Justene Williams, and adapted Peter Carey’s Oscar & Lucinda for a co-production by SCO, Victorian Opera and Opera Queensland.

Pierce is the Artistic Director of Crack X, an annual festival that takes place in Newcastle under the umbrella of This is Not Art, which supports emerging artists to develop new performance works that sit outside the conventions of text-based theatre.

As an independent artist, he co-created and performed in They’ve Already Won, which toured nationally and received a Perth Fringe World nomination for Best Theatre, and acted in Gloria for Griffin Theatre Company. Pierce has worked as a dramaturg with Playwriting Australia and assessed scripts for Belvoir, Griffin and the Sydney Theatre Company. 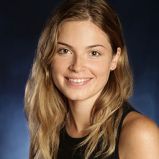 Ella is one of the youngest individuals to be accepted into the design course at NIDA. Her design approach to storytelling is both painterly and cinematic. Ella combines the gritty with a classical aesthetic in theatre, film and live performance.