Paul often executes his soundtracks live, and has performed at The Public Theater (NYC), the National Theatre of Portugal (Lisbon), The Kitchen (NYC), The State Theatre of Naples and Linz 2009 European Capital of Culture. Recorded written works include a song cycle, Tunnel (2008) and A** & S** (2021). He has been a recurring artist-in-residence at Bundanon Trust (New South Wales) and STEIM (Studio for Electro-Instrumental Music) (Amsterdam). Paul recently scored the documentary feature film Birth Time (2021) and is currently collaborating with visual artist Debra Keenahan (MCA, 2021). 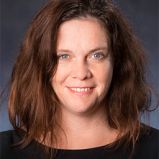 Penny is an actor and teacher with over 20 years’ experience in all areas of theatre and performance.