The Board of Directors controls the business of the Company and acts to promote its objects and interests.

The Board of Directors is responsible for: 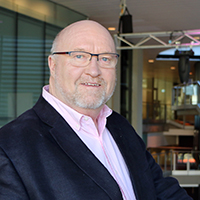 Claire Annesley is a Professor of Politics and Dean, UNSW Arts, Design & Architecture. Prior to joining UNSW, she was Head of Politics and Deputy Pro-Vice Chancellor (Equalities and Diversity) at the University of Sussex (2015-2020). Claire was based at the University of Manchester (2000-2015) where she was Assistant Dean for Research in the Faculty of Humanities and Director of Research in the School of Social Sciences.

Claire’s research and teaching expertise includes comparative politics, executives, gender equality, political representation, and public policy. She has received many accolades for her research on gender politics and policy, including the 2011 Richard Rose Prize (The Political Studies Association), the 2011 Carrie Chapman Catt Prize (Iowa State University), the 2012 Public Policy Section Prize (American Political Science Association) and the 2016 Johan Skytte Prize (Uppsala University). While at Sussex, Claire was awarded the University’s 'Outstanding and Innovative Undergraduate Teaching Prize’ in 2016 and 2017, as nominated by students.

Claire is co-author of Cabinet, Ministers and Gender (2019, Oxford University Press) and she has authored several articles that explore gender equality and political representation of women in British politics. 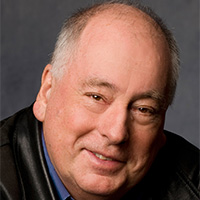 Roger Hodgman is a freelance theatre and screen director. He was Artistic Director of the Vancouver Playhouse for four years and Melbourne Theatre Company for twelve. He has worked in drama schools in the UK, Canada, New Zealand and Australia – including five years as an acting teacher and director at the East 15 School in London, two years as Director of the Playhouse Acting School in Vancouver and four years as Dean of Drama at the Victorian College of the Arts. Roger has directed over 120 stage productions for numerous companies including MTC, STC, STC of S.A, QTC, Black Swan State Theatre Company, Shaw Festival (Canada), TML Enterprises, Australian Opera and Victorian Opera. He has received Green Room Awards for Best Director (Theatre, Opera and Musical Theatre) and a Helpmann for best director (Musical) and numerous nominations. Many of his stage productions have toured Australia including Skylight, Art, Private Lives and most recently successful commercial productions of Chitty Chitty Bang Bang and Fiddler on the Roof.  He counts numerous Shakespeare productions and a number of Stephen Sondheim musicals as highlights of his career, along with working in Canada with Tennessee Williams on two new plays. Since leaving MTC in 2000, he has also worked as a screen director, directing over 80 hours of TV Drama including Stepfather of the Bride (Chicago Film Festival Award for Best Telemovie), many episodes of A Secret Life Of Us (AFI nomination for Best Director), Lockie Leonard (BAFTA nomination and AFI Award for Best Children’s Series and, most recently, A Place To Call Home (first episode) and Wentworth. He has served on many committees including the Drama Committee of the Australia Council, Cultural Advisory Committee for Melbourne City Council (Chair), Advisory Committee to the Victorian Ministry of The Arts, Victorian College of the Arts Board and the Artistic Directorship of HotHouse Theatre. He continues to teach and direct when he can in Acting Schools – including most recently at NIDA, the VCA Music Theatre Course, and the Queensland Conservatorium.

Peter has been Chairman, NIDA Foundation Trust since April 2013 and a member of the NIDA Board since 21 May 2015. He is Executive Chairman, Ivany Investment Group and previously Chief Executive of Hoyts cinemas (1988 – 1999). Peter is also Owner/Director, IMAX Theatre Sydney and Board Member, Allied Credit and Sydney Zoo. He has had and continues to have many roles in the community and is currently a member of the Sydney Cricket Ground Trust, Chairman, Sydney Swans Foundation, Chair, Loftus Peak Advisory Board, Honorary Life Governor and Foundation Chairman, Jewish Communal Appeal, Advisory Council Chairman, Sydney Film Festival and Adjunct Professor, University of Technology Sydney. Peter was also on the Board of Events NSW (2007-11), Chairman of the Australian Film, Television & Radio School from 2006-09, and has been actively involved in many aspects of the film and radio industries throughout his career.

Ron Malek has been a member of the Board of Directors of NIDA since 2014. A practising corporate and financial adviser for over 30 years, he is a graduate with Commerce and Law degrees from the University of New South Wales and is a Fellow of the Financial Services Institute of Australia.
Ron is Executive Co-Chairman of Luminis Partners and has over 30 years of leading corporate and financial advisory experience. Ron previously co-founded Caliburn (sold to Greenhill in 2010) where he led the firm as Vice Chairman and Managing Director. Prior to Greenhill, Ron was Australian Head of the Consumer Sector at BZW and ABN Amro. Ron is a Vice-President of the Australian Takeovers Panel and a member of the University of New South Wales Council’s Investment Committee.

Richard Refshauge SC served as a Judge of the ACT Supreme Court from 2008 to 2017. Prior to his appointment, he had been a litigation lawyer in private practice specialising in commercial, criminal, administrative, insolvency and constitutional law in a leading Canberra law firm of which he was Senior Partner. He left that position on appointment as the ACT’s third Director of Public Prosecutions. Richard has had a long involvement in the arts having been a Director of the Arts Council of Australia and President of its ACT Division, member of the Canberra Theatre Trust, and Chair of the Boards of Fortune Theatre Company, the Australian Choreographic Centre and QL2 Dance. He was member and Chair of the ACT Cultural Council for 10 years and is Chair of the ACT Cultural Facilities Corporation Board. He has wide interests in welfare, especially in the areas of HIV/AIDS and drug rehabilitation, as well as international development, judicial administration, legal education and the Anglican Church. Mr Refshauge was appointed to the Board on has been the Deputy Chair of NIDA since 30 May 2019. He is a member of the NIDA Audit Finance and Risk Committee.

John Robinson is a Partner in EY’s Assurance practice with over 20 years’ experience in the media, communications and publishing sectors, John has served as the auditor of a number of not-for-profit entities in the child advocacy and arts sectors, including The Sydney Festival and the Sydney Story Factory. He is also the independent member of the audit and risk committee for the US Studies Centre at the University of Sydney. John is a Fellow of the Institute of Chartered Accountants of Australia and was previously the Deputy Chair of the NSW Council of the Institute of Chartered Accountants. John has had a longstanding interest in the arts with a family dedicated to visual art, performance and music. John is the Chair of the NIDA Audit Finance and Risk Committee.

Justin Ryan, BEc, LLB (Sydney), MBA (Wharton) FFin, FAICD is Co-Founder and Managing Partner of Glow Capital Partners and Chair of Adore Beauty. Prior to this Justin was a director of Quadrant Private Equity and Chief Executive Officer of Alesco Corporation Limited, an ASX 200 diversified industrial company which he joined in 2004 (and is which now part of Dulux Corporation Limited). Justin has been a Board member of the Benevolent Society since 2008 and is the Chair of their People Learning and Culture Committee. He is a member of the NIDA Audit, Finance and Risk Committee.

Sigrid Thornton AO has had a significant career in theatre, film and television, which has included in film: George Miller's classic The Man from Snowy River (Fox Classics), The Lighthorsemen (RKO) directed by Simon Wincer, Slate Wyn and Me (Hemdale) and The Man from Snowy River 11 (Disney – Touchstone) and Michael Rymer's Face to Face and Tara Karsian & Andrea Grano's BFF's. In 2019 she reprised her much loved role as Laura Gibson in Channel Nine’s Seachange.

Sigrid has presented as MC for luminaries including Nelson Mandela, the Dalai Lama, and for the Centenary of Federation joint sittings of the Australian Parliament. In 2003, Sigrid was included in the top 100 Australian Entertainers of the Century by the Variety Club. She has worked extensively behind the camera, and on behalf of the Australian film and television industry, the arts and various charities. In 1995, she was appointed to the Federal Government’s Commercial Television Production Fund and in 1999 was Chair of the Victorian Film & Television Taskforce, whose recommendations revitalised the Victorian film and television industry. Sigrid also continues extensive work with charities including Greenpeace, Reach Foundation and Vision Australia.

Sigrid has extensive experience in oversight of arts organisations including as an inaugural director of Scripted Ink, a not for profit organisation that invests in writer's contributions to the Australian screen industry. She was a director of the Malthouse Theatre 2010 – 2016.

Anna Tregloan has a Masters by Research and Thesis, Animateuring 2005 from the Victorian College of the Arts. She is also accredited by the Australian Production Designers Guild and a Member of their Live Performance Committee. With experience presenting throughout Australia and internationally Anna is an artist, designer and creative producer. She works collaboratively on live and interactive works as well as presenting performed installations, video and photographic works, exhibitions, interventions and participatory practice. She collaborates extensively and also works as a creative producer for other artists and groups. Anna’s works are held by the Performing Arts Museum, Victorian Arts Centre. Her collaborations include Sydney Theatre Company, Museum of Applied Arts and Sciences, ACMI Melbourne, The Science Gallery Melbourne, Malthouse Theatre Melbourne, Arts Centre Melbourne, Sydney Opera House, Melbourne Theatre Company, Circus Oz and Bell Shakespeare.

Catherine has more than 25 years of business and legal affairs experience in the media industry, both in Australia and the UK. Her most recent executive role was Director of Legal – Content, Commercial and Joint Ventures for Sky Plc in the UK. At Sky, Ms West was responsible for all of Sky’s content relationships, distribution, commercial activities, including advertising and sponsorship, joint ventures and investments. She is a consultant to media companies internationally and to the healthcare sector.

Ms West is also a Non-Executive Director of ASX-listed Nine Entertainment Corporation, Monash IVF Group, Peter Warren Automotive and Endeavour Group Limited. Ms West is vice-President of the Sydney Breast Cancer Foundation at Chris O’Brien Lifehouse, a director of the NIDA Foundation Trust, and a Governor of Wenona School. Ms West is a Graduate Member of the Australian Institute of Company Directors and holds a Bachelor of Laws (Hons) and Bachelor of Economics degree from the University of Sydney.

Kip Williams is one of Australia's most exciting young theatre directors, and Artistic Director at Sydney Theatre Company. He graduated from NIDA in 2010, was made Directing Associate at STC in 2012, and has been Resident Director at STC since 2013.

While at STC Kip has directed many acclaimed productions including A Midsummer Night's Dream and revivals of Arthur Miller's All My Sons, and Tennessee Williams' Suddenly Last Summer, for which he won the 2015 Helpmann Award for Best Director of a Play. He staged Caryl Churchill's new play Love and Information, in a co-production with Melbourne's Malthouse Theatre, which garnered him a second Helpmann nomination for Best Director of a Play, as well as nominations for Best Director at both the Sydney Theatre Awards and Melbourne's Green Room Awards. Kip's other productions for STC include The Golden Age, Macbeth, Children of the Sun, Romeo and Juliet, Under Milkwood and Cyrano de Bergerac as Associate Director with Andrew Upton. Across these productions, Kip has directed some of Australia's leading actors including Hugo Weaving, Jacqueline McKenzie, Richard Roxburgh, Justine Clark, John Howard, Robyn Nevin, and Jack Thompson.

In 2017 Kip will direct for the Sydney Theatre Company, the Australian premiere of Lucy Kirkwood's Chimerica; Caryl Churchill's classic Cloud 9, and a reinterpretation of Chekhov's Three Sisters in a new adaptation by Andrew Upton.

Constitution (PDF 150KB) of the company.

Nikki is a Lessac practitioner and member of Lessac Training and Research Institute (LTRI) and a highly sought-after bilingual wedding and events MC in Victoria, Australia.