Jessica Arthur: The working life of a theatre director 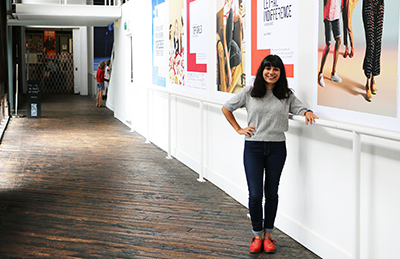 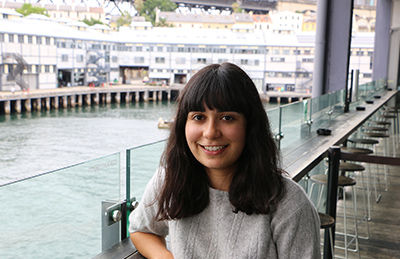 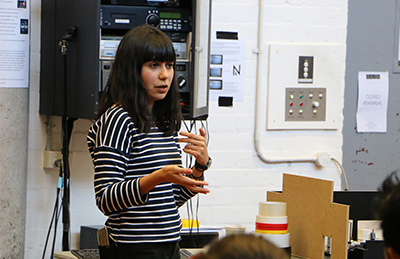 As NIDA students prepare for the start of the new academic year in February, we look at life from a director’s perspective. Talented young Director, NIDA alumni Jessica Arthur (Directing, 2015), is directing one of the first Sydney Theatre Company shows for 2018, Lethal Indifference at The Wharf 1 Theatre, opening 17 February.

Jessica finished her undergraduate training at Monash University in Melbourne and completed her Masters in Fine Art (Directing) at NIDA.

How did you know you wanted to be a director? I came out of high school passionate about art and drama. I chose to pursue drama and during my undergraduate studies I naturally took on more of a leadership role in devised work. While I was required to act in productions, I never had the desire to become an actor. I would much rather stand aside and help the actors in their work.

After my studies in the UK, I was working as stage manager in Melbourne but my focus was always on the script and the actors - I just kept thinking ‘I would much rather be directing this show!’

Why did you choose to study at NIDA? The MFA Directing course at NIDA was a perfect choice for me – something I knew that would give me a really good foundation in directing.

In class, we were encouraged to act for each other, and we gained a deep insight into the actor’s space, the different way an actor will react depending on how they are spoken to, and understanding when a director is not being clear. What do actors need from a director? What is going to stimulate them? I learnt that you can get the best out of an actor when you can understand and listen to what they need from you.

How much of a visual sense for a production does a director need? I was never a great visual artist, but I had an inspiring art teacher at high school who introduced me to the world of art history and art theory. I think he also stimulated my love for dramaturgy - looking for the deeper meaning in images and text.

I’ve looked at a lot of artists and have studied form and movement. I love all art – from classical art to contemporary. I enjoy studying how compositions are put together.

A director also needs to understand the visual process that lies behind a production. I’ve spent time working in theatres and I know how they work. I know how to rig lights, I know the process for the lighting and sound designer. I know how Qlab works. I know how long it’s going to take for someone to get something done.

What did you get out of your year at NIDA? I knew I needed to learn about the industry and the kind of director I wanted to be while studying at NIDA. I knew within the NIDA educational context that I could practice my art form a great deal - and a huge majority of the course was practice! I believe that the more hands-on you are within a practical art form, the more you learn.

At NIDA I was given a space to create, fail, learn and grow - experimenting and trying things out. You have this opportunity to just focus on your work. While I was there I didn’t look for productions to work on as I wanted to concentrate on my study.

How did you come to direct Lethal Indifference at Sydney Theatre Company? I’ve always tried to work whenever I can, doing internships and secondments, observing and chatting to people from the different departments of a theatre.

NIDA introduces its students to people from all over the performing arts industry - you can chat to the literary manager of a theatre company or a playwright or other directors. I met Kip Williams, the Artistic Director of Sydney Theatre Company, when he taught on the Master of Fine Arts (Directing) course alongside NIDA Artistic Counsel Egil Kipste.

I had seen Kip’s work and greatly admired it. We first worked together in 2016. He was directing Miss Julie at Melbourne Theatre Company and he asked if I was interested in being Assistant Director.

When I started as the Richard Wherrett fellow at Sydney Theatre Company, my job was to read a lot of plays for programming with the artistic team. The first play Kip sent to me was Lethal Indifference and it immediately became a play I could not stop thinking about. I’m thrilled that I get to bring this story to the stage.

Lethal Indifference is about family violence and I love working on a play that comments on society and the issues we need to confront. Emily Barclay (the actor in Lethal Indifference) worked on the rough draft development stage of this play and she deeply understands its context. It’s a one-woman performance: she plays a young writer in Melbourne’s inner suburbs who quits her day job in a clothing store to find something new, something with a stronger sense of purpose. She lands a role in public relations for a family violence legal service, the kind of job that will completely change the way she sees the world. There is so much that needs to happen to move forward and make a difference with this issue.

What would you say to anyone considering a career in directing? Get to know every aspect of the theatre from the bottom to the top, get to know what everyone’s role is and respect all of their roles. Find your people – collaborators that get you, inspire you and who want to create something that you want to create. It’s about being true to yourself. Take it slow and take it easy and focus on what you are doing in that moment.

When I came back to NIDA in 2017 to direct the third year Acting students in the NIDA October student production of Realism, I said to them: ‘this is a long haul. Remember you are always going to be learning. Be true to the work that you are making and the audiences you are making it for. Be clear with yourself. This is a time when people are going to call out your mistakes but don’t be worried about that. Use your time at NIDA to explore everything you can before you head out.’