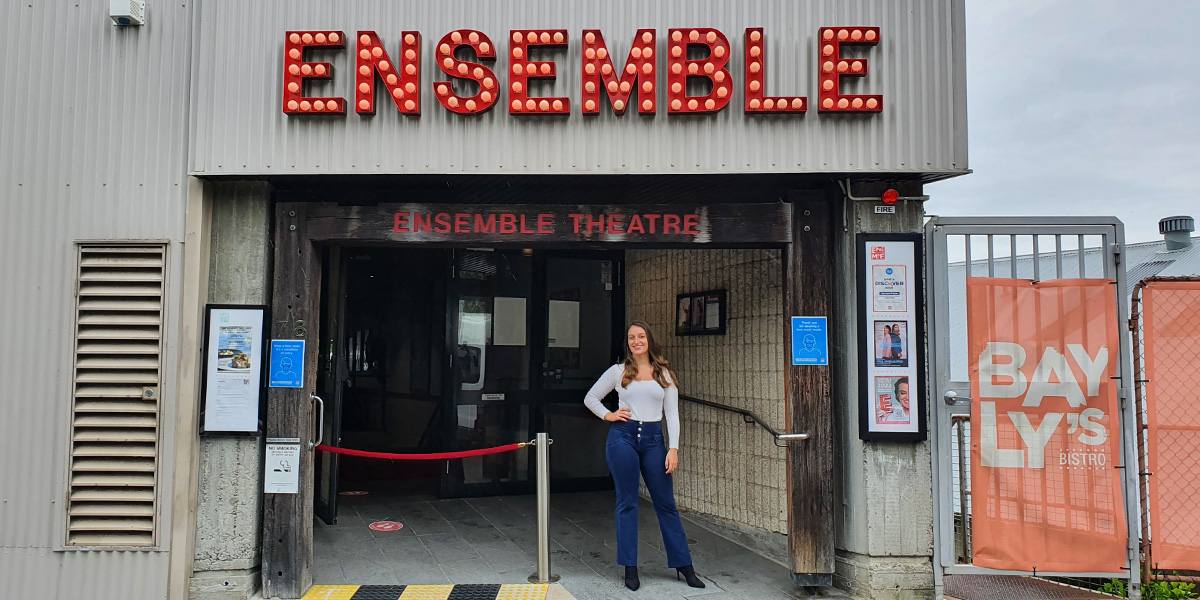 Above:  Brittanie Shipway at Ensemble Theatre ahead of the opening of A Letter For Molly.

This week the Ensemble Theatre in Sydney opens the World Premiere production of A Letter For Molly, the new play written by NIDA alumna Brittanie Shipway (Musical Theatre, 2016). It is a stirring, inspiring, confronting, and celebratory tribute to First Nations women, as well as a stellar showcase of NIDA alumni talent with the crew behind the play populated by NIDA graduates.

Directed by Ursula Yovich (Honorary Master of Fine Arts, 2020), A Letter For Molly, with an all-First Nations cast, focuses on three generations of women and what it means to continue the line for the next generation. The protagonist is Renee, played by Brittanie, who, when faced with a potentially life-changing event, explores options that were never available to previous generations of women in her family. Her fear of unresolved issues from the past threaten to block her moving forward into her own future.

The idea for the play came from a conversation Brittanie had with her mother two years ago, on a Mother’s Day bushwalk outside of Sydney early in the pandemic lockdown. “We got hopelessly lost,” Brittanie recalls. “But we talked for three hours, and I really listened to my Mum for the first time, I really heard her, heard that she is human and allowed to make mistakes. I saw her strength that day. I went home and wrote the play, smashed it out in three days.”

Working with dramaturg Middleton, and then receiving three significant writer grants from Create NSW, the Australia Council and Belvoir Street’s Shutdown Residency, Brittanie knew the pathway for Molly was wide open when she found the COVID restrictions meant a plethora of acting talent and venues was available. Brittanie herself had been forced off the road, while in the middle of a tour of The Sapphires.

“We workshopped A Letter For Molly at Belvoir and had an amazing calibre of people in the room! From there, Ensemble Theatre was really interested in the piece,” Brittanie says. “Ensemble champions new work in the way that we need. Artistic Director Mark Kilmurry, being a writer himself, really understands the writing process and he has made a beautiful space for writing. They felt this play was different to the stuff that normally comes their way. Themes of deep intergenerational trauma and asking, what is the next step? What hope can we leave our children, how do we bridge the gap with healing?

“Out of all the companies that I spoke to I felt at home with Ensemble with this play. It is on the gaagal – ocean in my Gumbaynggirr language – and I feel really connected to my ancestors here. And it’s right on the train line from Blacktown, where half the play is set!” 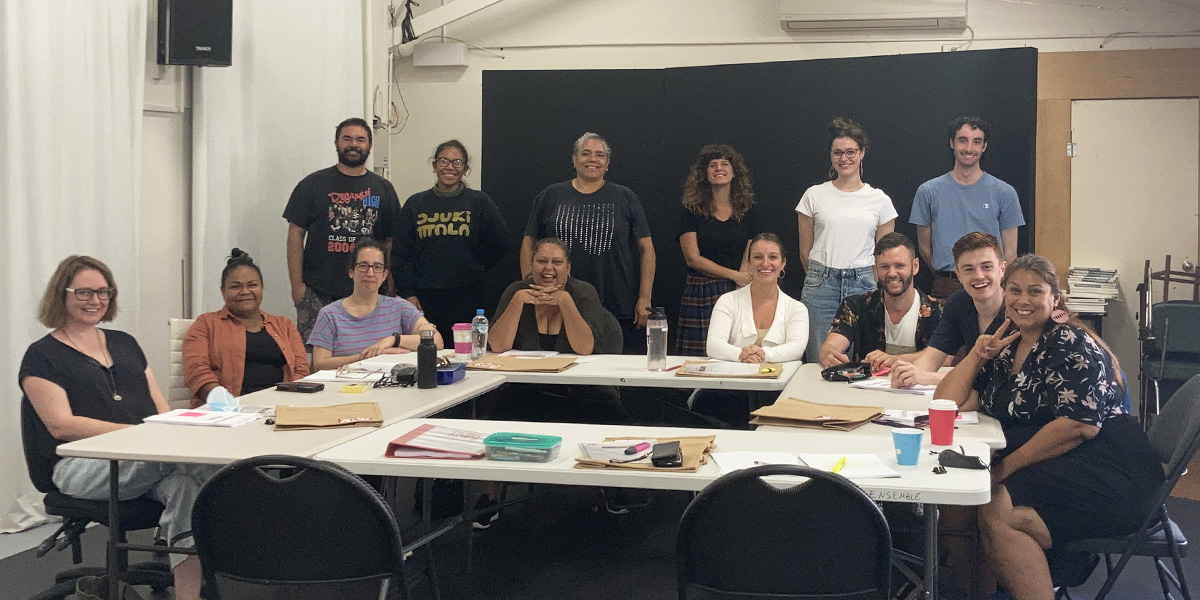 Working with a solid team of NIDA alumni also made Brittanie feel at home. “I breathed a sigh of relief when I met the design team, I knew I was in safe hands. NIDA really encourages cross-collaboration across the departments and I have such respect for the designers and stage managers that come out of NIDA; their level of professionalism and dedication for their craft is unbelievable.

“At the end of the day, our job is to find and tell the soul of the story. I have been absolutely humbled that nobody is trying to turn my story into something it is not. The design honours my story. I am so lucky to have a group pf people willing to come on board and go on the journey with me.”

While Brittanie feels she never would have become a writer were it not for COVID and the forced isolation and introspection that came with that, she also feels that without her NIDA training she might not have had the theatrical muscle to extend herself. Being in the play as well as having written it has been a stretch for her in every way. “It was cathartic to write the play but it is really emotionally taxing to relive moments day to day.”

Bringing her focus back to musical theatre after the Ensemble season, Brittanie will put a new work, Yellow Rock – A Gumbaynggirr Song Circle, into development after winning the APRA AMCOS Professional Development Award for Music Theatre.

And everything comes back to legacy, says Brittanie. “The older I get, the more worried I am about when I have kids, what am I going to leave them? I want it to be a legacy of hope. There is so much hardship out there, whether it is the environment, political leadership, tumultuous international events, COVID. It all comes back to heritage, and I don’t think my heritage is a right, it’s a responsibility. I have to leave the next generation some form of hope, otherwise why are we telling stories?”

Riley is a director with a practice in new writing and devised performance.