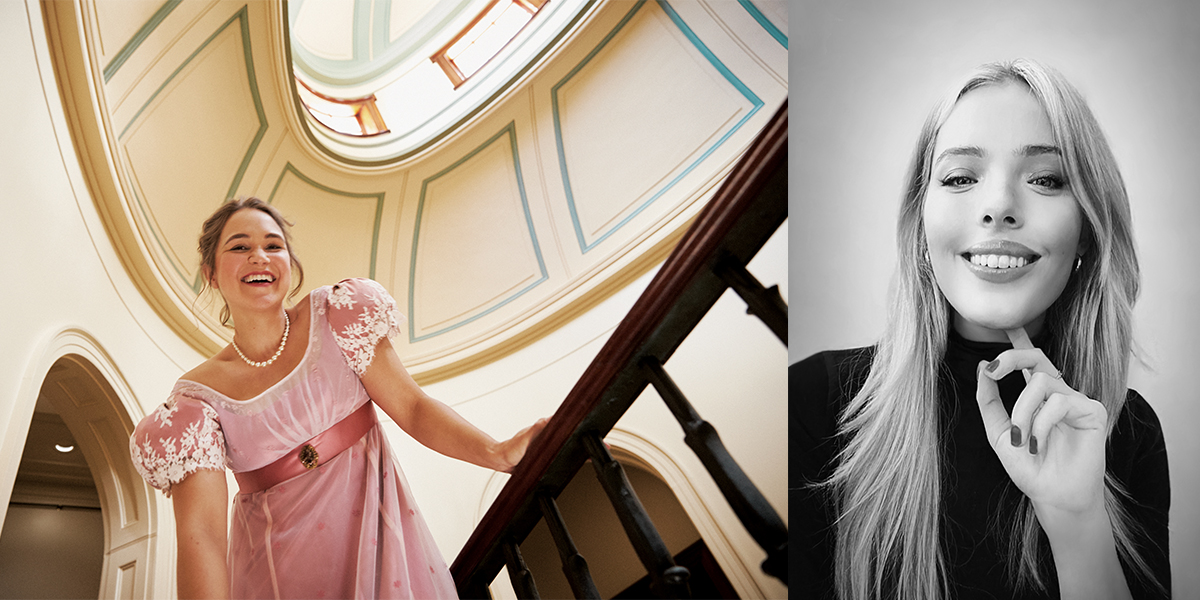 Since graduating from NIDA’s MFA (Writing For Performance) in 2016, Emme Hoy has been on a career trajectory that is unstoppable. Her latest achievement sees her adaptation of  Anne Brontë’s The Tenant of Wildfell Hall announced as a major part of the Sydney Theatre Company’s 2022 Act 2 Season at the main stage Roslyn Packer Theatre for its world premiere. The season was unveiled by STC Artistic Director, Kip Williams, last month.

Making this achievement all the more special is the fact that Emme’s pathway from script development to large scale production was made possible through the STC and NIDA Pathways Commission, supported by the Longes Family, awarded to Emme in 2020. This followed from Emme’s inclusion in the inaugural STC Emerging Writers Group in 2017.

“From the very beginning I knew I wanted to do something very big and with scope, I wanted to write something that would sit on the Roslyn Packer stage,” Emme says. “Why not aim for the stars, have a huge cast and huge ambition. It was a story I was really passionate about telling and the story came very fully formed.

“I studied the Brontë sisters in my undergraduate degree and this was so different from the other sisters’ work. The novel was a massive hit at the time but was withdrawn from publication, because it was so dark and sad and vulgar. It was called the first realist novel.”

The Rosyln Packer theatre in Sydney’s Walsh Bay, across the road from the STC’s Wharf Theatre, has seen many NIDA alumni tread its boards over the years, including Cate Blanchett, Hugo Weaving and Richard Roxburgh, and has hosted illustrious international theatre companies including Peter Brook’s Théâtre des Bouffes du Nord, Chicago’s Steppenwolf Theatre Company, Berlin’s Schaubühne and the National Theatre of Great Britain, among others.

“The Roslyn Packer Theatre lets you have so much scope,” Emme says. “You can elevate the language and have beautiful speeches that would feel too much in an intimate space. Something I really learned, having spent times in programs with different theatre companies, is that different spaces require different styles of writing.”

Emme is effusive in her praise of the NIDA and STC Pathways Commission, and especially the generosity of the Longes Family. “Without the commission I would not have had the time and space to sit down and write a big work of scope that this is. It gave me the time to actually develop the play, be really brave, choose something that really was a risk for an emerging writer, and to write a really big adaption with so many characters.”

Emme’s brilliant career to date includes plays and original television series in Australia and internationally. She has recently been writing TV episodes for Stan, Sundance and Disney+.

The Tenant of Wildfell Hall was co-commissioned and developed by the National Institute of Dramatic Art (NIDA) and Sydney Theatre Company.

Joshua began acting at the age of 12 on the then popular children’s show Ship to Shore.