A graduate of the University of Queensland and NIDA, Mark has directed plays, musicals and operas in Australia and internationally.

As Director of Australian Theatre for Young People, his productions include Spring Awakening, The Caucasian Chalk Circle, The Tempest, Romeo and Juliet and the premiere of All Stops Out, which toured internationally.

Mark worked in the UK, Germany, Canada and the USA for The Really Useful Group, and as Associate Director he was responsible for the German and Australian premieres of Sunset Boulevard. For Hothouse Theatre in Albury-Wodonga, he wrote and directed Such a Storm based on Mahler’s song cycle Kindertotenlieder.

Mark directed live productions for television’s Hi-5 which toured nationally, and to Malaysia, Singapore, New Zealand and the UK. He directed a staging of Bach's Cantata BWV211 for the inaugural Brisbane Baroque festival.

Mark represented NIDA at International Theatre Institute /UNESCO theatre festivals in Romania and China. His productions at NIDA include The Watchtower, As You Like It, The Treatment, Closer, and When The Rain Stops Falling. As NIDA’s Deputy Director – Learning and Innovation (Vocational Education and Training), Mark is responsible for the oversight and review of Certificate and Diploma level courses. 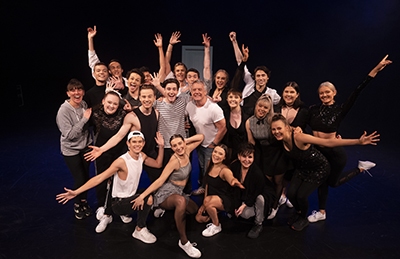 NIDA’s 2019 alumni from the Diploma of Musical Theatre course