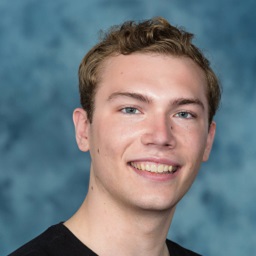 Bryce is a Brisbane-born playwright, director, choreographer and performer. His theatrical education began with Queensland Theatre’s Intermediate (2014) and Senior (2015) Youth Ensembles.
During his studies at QUT, Bryce wrote several works for Vena Cava Productions. These included Cigarette (2017), developed as part of Vena Cava Production’s Evolution Program, Patience (2018), and Politics and Poetics as part of the Vena Cava Production’s Mainstage production of The ppl vs @realDonaldTrump.
In 2017, Bryce participated in Queensland Theatre’s 2017 Playwrights Program 18–26, where The Resurrection was written, developed and read.
Bryce is interested in writing pieces that either teeter or fall completely into anti-naturalism and the fantastical. His writing aims to create new myths, allegories and universes that hold X-ray scanners up to the socio-philosophical and socio-political paradigms of ‘mainstream’ Australia.
Next year, Bryce hopes to continue to pursue his love of playwrighting and screenwriting, alongside his passions for performing, choreographing and directing.

NIDA Production
Nothing to Fear - Writer

As Artistic Director of MettaMusic, Sarah specialises in ‘trouble-shooting’ for actors, singers, musicians and performing artists.