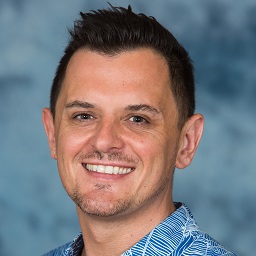 Joel is an experienced arts manager, producer and administrator who is passionate about performing arts, about communities and the vital role of creativity in creating cultural change. Joel is currently the Chief Executive Officer at Geelong Performing Arts Centre, overseeing the organisation through a $166.5m capital redevelopment, rebrand and into a new era where artists and audience are central to all that they do.
Joel believes that urgent change is required for arts centres to remain relevant and engage with audiences in new ways.
Before moving to Geelong, Joel ran his own business, JAM Creative Arts. With JAM in 2016 and 2017 Joel worked with over 20 arts organisations across Western Australia and also created Bunbury’s first ever Fringe Festival, curating and self-presenting the festival with more than 5,000 people attending annually and over 50 events across the city. Joel was also an elected member of local government for the City of Bunbury, advocating for change across a growing city and fiercely supportive of arts and culture as critical to community life. He was also Executive Director of the Bunbury Regional Entertainment Centre.
Joel has spent years in Brisbane working in arts management with companies such as Circa and the Brisbane Festival, was Deputy Chair of APACA and Circuit West and is involved in numerous industry boards and committees.