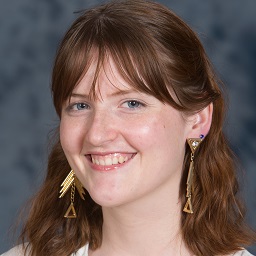 Alloquois is an American-born, Sydney-based costume maker and supervisor. She began her education in the arts in high school, where she worked backstage on student and school productions.

After high school, Alloquois decided to further her education in the theatrical arts by moving to Australia and attending NIDA. At NIDA Alloquois has had the opportunity to expand her skill set to include supervisory roles, such as the ones she held on Roundabout and Orlando, as well as expanding her making skills to include talents such as millinery, shoemaking and leatherwork. Alloquois has also worked on outside productions, such as Alex Proyas’ The Mask of the Evil Apparition, on which she operated as assistant costume standby.

Alloquois is looking forward to exploring a range of roles in the industry, as well as making the most of her dual citizenship to take her work to the next level both in Australia and overseas.

OTHER PRODUCTIONS
The Mask of the Evil Apparition - Assistant Costume Standby

Ethan grew up in a small town called Wairoa in New Zealand, and always dreamed of being an actor from a young age.