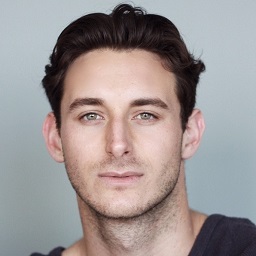 Born and raised in Perth, Ryan found his passion for acting at a young age. Coming from a family of miners, performing was not particularly the most obvious career path - it was his parents in fact that gave him the push and confidence to get to where he is today.

Upon graduating high school Ryan was cast alongside Jacqueline McKenzie and Myles Pollard in Australian feature film The Gateway, and then later went on to complete a Diploma of Acting at the Western Australian Academy of Performing Arts (WAAPA).

Ryan is now very excited to begin applying the broad set of skills he has honed at NIDA to work, both on screen and stage. He is already seeing some of his hard work pay off as he was recently announced as a finalist for the Warner Bros.’ ‘Actors in Training’ Program.

As a gay man he hopes to be involved with LGBTQ+ stories and communities.

Grace has worked in theatre since her mid-teens when she realised that being a mechanist was something she wanted to pursue.