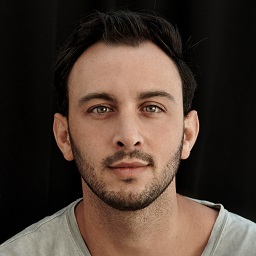 Philip grew up in a very Italian family in South Coogee, the youngest of three boys. He spent a lot of time with his Nonna: making pasta, speaking Italian, destroying her orchards and watching old movies, when his love for cinema blossomed.

After high school, Philip graduated from the University of Technology, Sydney with a Bachelor of Journalism.  After dipping his toes in the water at Channel 7 and 10, he needed a change and went travelling around Europe. Upon his return, Philip starred in the world’s first television series for Instagram - The Out There (2018) directed by Mohini Herse - and discovered he wanted to learn more about the craft of acting and become a diverse storyteller.

In his second year at NIDA, Philip was awarded the Actors Benevolent Fund Scholarship. Philip is looking forward to furthering his screen & stage work and will continue developing the strong relationships he built at NIDA.