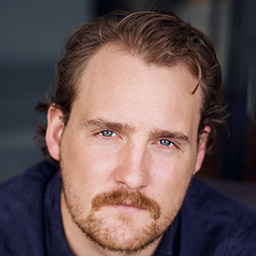 Nathaniel was born in Kalgoorlie Western Australia. He spent his formative years growing up in Perth and discovered his love of acting at an early age.

He completed a Diploma of Stage Acting course at the Western Australian Academy of Performing Arts (WAAPA) before being accepted into NIDA.

Nathaniel has a strong passion for film making and writing and looks forward to being able to bring a number of projects to life in the future.

After graduating, Zoe aspires to continue making costumes for TV, film and theatre, specifically within the genres of history, fantasy and adventure. Zoe aspires to learn more about dyeing, working with new materials and techniques and exploring more sustainable practices in costume making.