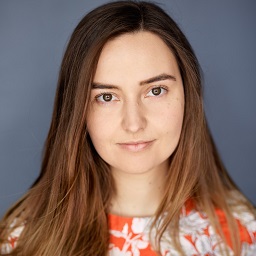 Growing up in northern Victoria with two sisters wasn’t enough drama for Anna. This stereotypical middle child developed a passion for the arts that a country town couldn’t fulfil. After moving to Melbourne to study writing, she found that her voice was better suited to the stage.

Before successfully auditioning for NIDA in 2017, Anna was lucky enough to work on some fantastic productions, including Loose Teeth (Wildefang Productions at La Mama), The Last Journalist on Earth (Melbourne Fringe) and Titus Andronicus (Burning House Theatre). Determined not to let her writing degree go to waste, Anna continues to create her own content. Her short film Crowded Couch aired at Setting Sun Film Festival.

Anna’s area of expertise is making people laugh, with a lethal combination of vulnerability and razor-sharp wit. She is determined to lend her voice to the unique, funny, and dangerous women of the world.

Lara has always been attached to her personal life in the performing arts, visual arts, writing/literature and healing arts.