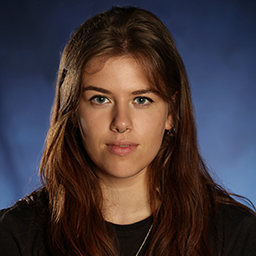 Ellen is interested in how theatre brings people together and instigates collective reflection, especially through comedy.
While at NIDA Ellen wrote and directed Bread in collaboration with Actors Centre Australia (ACA), devised and co-directed The Lost Comic with the Aboriginal Centre for the Performing Arts (ACPA), co-directed The Tent with Sydney Chamber Opera (SCO) and directed the music video Only Friend by Approachable with triple J Unearthed. In 2018, she directed Le Mariage Forcé by Molière as her graduating show.
Prior to studying at NIDA, Ellen graduated from the University of Technology, Sydney with a Bachelor of Communication (Media Arts and Production) and a Bachelor of Creative Intelligence and Innovation while working on independent theatre and film projects, including the short film Carp as writer/director.
In 2017 Ellen directed the premiere of new Australian play Ripe for the Sydney and Melbourne Fringe Festival with her production company Mediochre Productions. Once, in her spare time, Ellen developed a short lived interest in gif creation before becoming too scared of the digital medium to continue.
ellenwiltshire.com