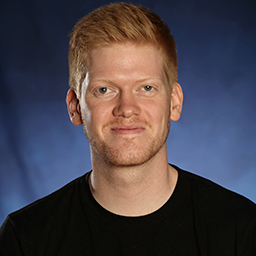 Darcy is a theatre and film director from Sydney.
In 2015 he completed a Bachelor of Design in Visual Communications at the University of Technology Sydney. Darcy has also completed a Diploma of Screen Performance at Western Australian Academy of Performing Arts (WAAPA) in 2016. Before undertaking his Master of Fine Arts (Directing) at NIDA, Darcy worked in advertising and branding, working across print, digital and video content.
As a director, Darcy is interested in Australian stories and new Australian work. He is also interested in combining his passions for design and film to enhance a live theatrical performance.
Darcy’s recent directing credits include Delta Sierra Juliet (NIDA), Assistant Director for The Way Of The World (NIDA), I Am Horror by Captives (triple J Unearthed music video), Texture (NIDA/Aboriginal Centre for the Performing Arts) and After Miss Julie (NIDA).