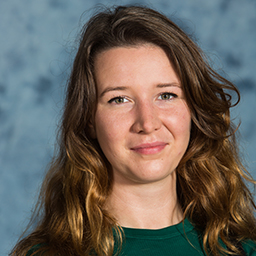 Evelyn discovered her passion for costume making as a student at Enmore TAFE studying the Advanced Diploma of Design for Performance and Live Events. NIDA has allowed her to realise her ambition
as a costume maker through a series of productions including The Removalists, The Way of the World and MEAT EATERS. She also held the position of costume supervisor for shows LULU: A Modern Sex Tragedy, pool (no water) and God of Carnage.

In her research project ‘Disembodied Costume Theatre’, all of her costume-making, supervising and design skills have been brought to the fore through an exploration of theatrical ideas that contextualise the costume-making process.

Looking forward to a career in costume making and design, Evelyn is equipped to explore all areas of performance in order to gain further experience in the industry.