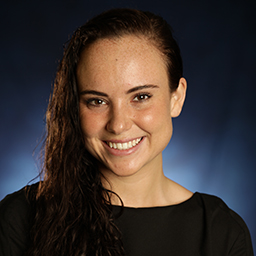 Imogen began work in the creative arts industry as a contemporary musician, vocalist and composer. Prior to her studies at NIDA, Imogen completed a Diploma of Contemporary Music Performance at JMC Academy and a Diploma of Film, Television and Radio at the Australian Film Television and Radio School (AFTRS). Imogen’s interests are interdepartmental. Inspired by her studies at NIDA, she continues to pave a career as a technician and operator across the fields of audio, lighting and video. Imogen also holds a keen interest in stage management and production management. She is driven by the prospect of working at new and challenging venues. In 2018, Imogen launched herself into the chaotic world of festivals and touring. She has since worked with artists Grace Jones, Mark Vincent, Lorenzo Rositano, Rob Mills (actor/ musician), SLUMBERJACK, Carmada, Yahtzel, Cloud Control, Nyxen and talented industry professionals Nigel Jamieson (Director, Sydney 2000 Olympics opening ceremony), Luke Cresswell (STOMP) and Matt Chromatic (world-renown Production/Stage Designer). In 2018, Imogen completed her Bachelor degree, two theatre seasons, three tours, eight festivals and numerous other live events. 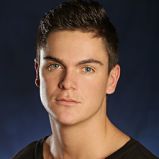 Kyle was born and raised in country Far North Queensland where he grew up on his family potato farm. Leaving the sticks behind, he was awarded a scholarship to study Architecture at Bond University where he developed a passion for storytelling through spatial design.