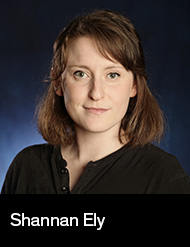 Shannan is an emerging Sydney-based director and theatre-maker.

Before studying at NIDA, Shannan graduated from UNSW with a Bachelor of Education and Arts (English Literature and Theatre and Performance Studies).

Throughout her time at university, Shannan played a large role in theatre on campus, directing a number of shows for the NSW Theatrical Society (NUTS), including The Crucible (2013), Terminus (2014), and The Taming of the Shrew (2015). In her final year of university, Shannan also took on the role of President of NUTS.

Other directing credits include Mark Konikʼs A Good Egg for the Short+Sweet festival in 2015, and directing the international premiere production of Maria Edgeworthʼs The Double Disguise (2015) for Juvenilia Press and the Creative Practice Lab.

Shannan has also had the opportunity to take on various other roles within the theatrical world, including technical crew member for Art Engineerʼs The Sirens (2016), and Assistant Designer for the Creative Practice Labʼs Love and Information (2016, dir. Tessa Leong).

Shannan has spent her year at NIDA exploring the ways in which classical, text-based work can be enhanced through physical theatre and expressive movement. Works for NIDA in 2017 include Children of the Sun/Rausch (collaboration with Actors Centre Australia), Australian Chamber Orchestra Emerging Artists Video Portrait – Kyla Matsuura Miller, NIDA Cabaret, A Kind of Play School (devised work in collaboration with ACPA), In a Year of 13 Moons (co-directed with Sarah Hadley, in collaboration with National Institute of Circus Arts), and Stronger Lines by Rachel Maria Cox (triple j Unearthed music video).

In 2018, Shannan is looking forward to further exploration with her work and being involved in a range of theatrical projects.