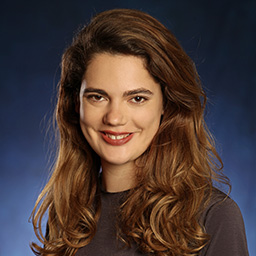 Yasmin is an artist and creative producer, working between Canberra and Sydney. She likes art that is participatory, experimental and fun.

In 2013, Yasmin graduated with First Class Honours from a Bachelor of Design Arts at the Australian National University (ANU). There, she majored in textiles and furniture, and digital fabrication, holding a National University Scholarship for the duration of her degree.

Yasminʼs interest in craft and design has since led her to work on cultural events including: the DESIGN Canberra festival, the Australian Ceramics Triennale, and the London Design Biennale. She has also taught design subjects at the ANU and the Canberra Institute of Technology. Currently, Yasmin is creative producer at Hotel Hotel – a hotel run by Molonglo Group, which is an artisan-focused property and creative production house.

Outside of this, Yasmin is a co-founder and co-director of both rip publishing, a platform for cross-disciplinary storytelling, and Canberraʼs emerging and experimental writers festival, Noted. She is also a founding member of Lady Producer Gang and, through this collective, is participating in the 2017–2018 Next Wave Kickstart Helix program.