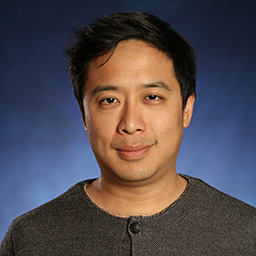 Teik-Kim is a multidisciplinary live artist. He has been featured at many festivals including Sydneyʼs Underbelly and Melbourneʼs Next Wave. As founder of The Mook Gwa Institute, he has created work such as Karaoke Massage and Kino Klinik.

At the 2014 Sydney Festival, Teik-Kim appeared in Kaldorʼs staging of Roman Ondakʼs Swap in Parramatta. A highly sought-after performance collaborator, he most recently appeared in Branch Nebulaʼs Artwork (2015) at Carriageworks.

On screen, Teik-Kim most recently appeared as the titular character in Platon Theodorisʼ feature Alvinʼs Harmonious World of Opposites.

Previously Playwriting Australiaʼs Diversity Programs Coordinator, he delivered the companyʼs strategy on new dramatic writing from underrepresented artists, where he managed Lotus, in partnership with Contemporary Asian-Australian Performance (CAAP, previously Performance 4A), where he also serves as an executive committee member, yielding a number of promising new Asian-Australian playwriting voices on Australian stages.

Teik-Kim is also contributor for RealTime Arts and is also a NSW-qualified secondary teacher.