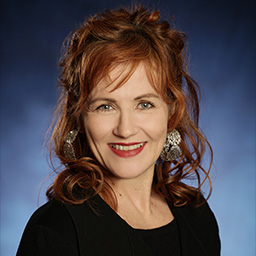 As Creative Director of Metro Arts in Brisbane, Jo champions the creation and presentation of new contemporary work with a focus on working with the independent artist sector. She oversees all programming (performance and exhibition) and the development and financial management of creative programs and initiatives. She also produces and curates select productions and micro festivals.

In the last five years Jo has worked at Metro Arts as Executive Producer and Managing Producer (MAPS), where she was responsible for national and international touring and partnerships, managing and producing new Australian work and implementing a range of strategic initiatives.

Her previous experience has been in programming, producing and performance. As a Producer she has worked on projects for Brisbaneʼs contemporary circus company CIRCA, the inaugural Brisbane Festival Theatre Fringe, Brisbane Festival, QLD Music Festival, Bleach* Festival, Actors Centre Australia, Empire Theatres Toowoomba and as an independent. As a performer Jo has worked in film, television and theatre and toured locally and nationally with her works.

Jo was a 2012 recipient of the prestigious Churchill Fellowship; and one of only five Australian producers selected for the Asian Producer Platform – a four-year initiative connecting producers from across Asia.