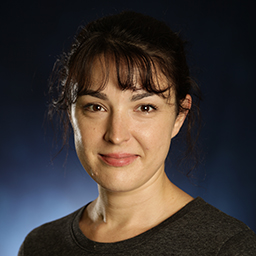 Over the past 15 years, Lucy has worked as a graphic designer both locally and internationally. Always drawn to the arts, her clients have included Sydney Symphony Orchestra, Bell Shakespeare, London’s Southbank Centre and Hayward Gallery, as well as a handful of television networks, smaller theatre makers and big advertising agencies.
To progress her career further into the arts, she decided to come to NIDA. Throughout her degree, she has collaborated with students and professionals on a number of projects. In 2018, Lucy spent four weeks with designer Annie Atkins in Dublin, Ireland, learning about graphic props design for film. In 2018, she worked as Designer of Le Mariage Forcé by Moliere; Co-Production Designer on short film Optics; Production Designer for triple J Unearthed music video If You Were My Hero, and Co-Designer on EXPONIDA 2018. She is the recipient of the Billy Ostadal Scholarship and The William Fletcher Foundation Grant.
In 2017, Lucy completed a secondment as an Art Department Assistant on Bruce Beresford’s feature film Ladies in Black. She was Co-Art Director on the short film The Horrific Murder Of Grigori Rasputin and Visual Projection Designer for NIDA musical Hello Again.
During 2016, she was Design/ Costume Assistant on productions of Woyzeck, A Midsummer Night’s Dream and The Season at Sarsaparilla. Lucy hopes to continue with a diverse career in design and storytelling, with a focus on concept and research. She hopes to work across performance, film, exhibition and environment.
lucymccullough.com 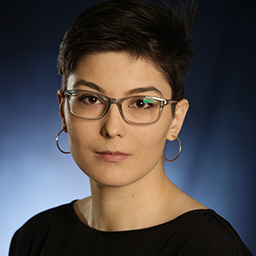 For her major work, Sasha experimented with infusing magnets and iron into costumes to create kinetic fabrics, resulting in the making of Yammi.