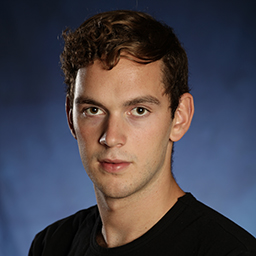 Accepted into NIDA straight out of high school, Nicholas knew he wanted to act from a young age, when he was practising monologues on the soccer field instead of helping his team win. He has trained at iO West, The Second City and Atlantic Theater Company in Los Angeles.
Nicholas was the lead in Australian feature film Damaged, shot from 2012–2016, and starred in the short film Jack-Rabbit (Dir. Alex Feggans), which entered into both Cannes and Venice Film Festivals.
Nicholas is passionate about creating his own content. He and best friend Matt Castley have created a youth drama series NAKED shooting in 2019 (Dir. Elissa Down).
Based on crazy travel experiences, Nicholas recently released a comedy web series Dave & Theo, which he wrote, co-directed and starred in alongside Laurence Boxhall. The series, selected into nine elite international festivals, is trending across social media platforms. He is also currently the voice of Nutrigrain commercials.
Nicholas is a Drama recipient for the 2018 BBM Youth Support Award. Inspired by his mother’s profession, he is committed to bringing a focus through performing arts to those affected by injury, illness and disability. Influenced by his Australian and Canadian heritage, Nicholas is adventurous, passionate and unique in his creative mind.

Finn has always had a passion for the technical design and execution of music and theatre productions. At NIDA, Finn formalised and continued to explore his passion in lighting, sound and video design.