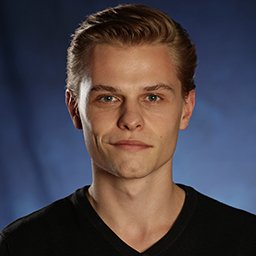 Since he began studying drama at Ballarat Centre of Music & the Arts in 2005, Jack has developed a great passion for acting, and was involved in over 30 theatrical stage productions and independent screen projects.
In 2012, Jack was awarded the Music Theatre Guild of Victoria Award for his roles as The Narrator and Mysterious Man in Ballarat Clarendon College’s Into the Woods. He has since been nominated thrice more.
In 2013, Jack was invited to perform his Unit 3/4 Drama Solo, entitled Hitchcock, at the Melbourne Recital Centre as part of the VCE Season of Excellence.
In 2014, Jack was the recipient of the John Bell Scholarship with Bell Shakespeare, travelling to Sydney to undertake workshops with the company under the guidance of Associate Director James Evans.
In 2015, Jack was accepted to the University of Melbourne where he became heavily involved in the theatre scene, winning Outstanding Performance for his portrayal of Sir Robin in Queen’s College Music and Drama Society’s production of Spamalot at the Union House Theatre Awards.
In 2016, Jack was accepted to study at NIDA, where he has continued to develop his craft, and love, for acting on stage and film.