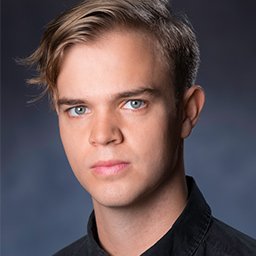 Prior to studying the Master of Fine Arts (Directing) at NIDA, Alex completed a Bachelor of Dramatic Art (Production) at NIDA. Some of his recent lighting design credits include: Thomas Murray and the Upside-down River (Griffin Independent/Stone Soup), Victory over the Sun (Sydney Chamber Opera), War Crimes, Between Us and Luke Llyod: Alienoid (ATYP), PPY15: Revealed (Sydney Dance Company), The Whale, Debris, Girl with the Sun in her Eyes, Men, Freak Winds and Howie the Rookie (The Old Fitzroy Theatre), Dogfight and Everybody Loves Lucy (Hayes Theatre), Songs for the Fallen, 4000 Miles and Stones in his Pockets (Critical Stages), The Tempest, The Dissolving Self, Antigone, Rausch, Winterreise, The Red Shoes, Klutz and Fewer Emergencies (NIDA). As Set/Lighting Designer: The Sugar Syndrome (The Kings Collective).

In 2014, he was selected as a participant to the Watermill Center International Summer Program in Long Island, New York. He has also been awarded the 2013 Peter Baynes Memorial New York Scholarship and the 2014 Leslie Walford AM Award.

Alexander is currently developing a range of projects as director and lighting designer for 2017.