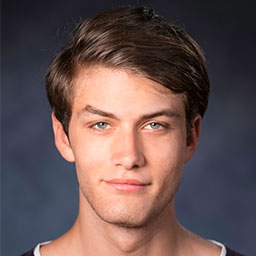 Born and raised in Belrose on the northern beaches, Kieren attended Davidson High where he studied physics, engineering and woodwork. The arts and entertainment industry were never too far away, working backstage at concerts and movie sets with his dad from a young age.

Coming to NIDA in 2014, Kieren worked as a winch operator in The False Servant and furthermore as the Head Flyman in The Light in the Piazza, directed by Roger Hodgman; all the while learning welding, rigging and stage carpentry.

2015 was a year of invention and trials. Working with Alan Schacher to create a mechanised ambiguous animal for an installation at Siteworks 2015 down at the Bundanon Trust. Late in the year he worked as the Staging Supervisor on three directors shows (LAVINIA, his daughter, Love and Honour and Pity and Pride and Compassion and Sacrifice and Request Programme).

Kieren found his niche in working with electronics, pneumatics and motor control systems in 2016 during the research and development of his masterwork. He fulfilled his first role as Construction Manager on Eldorado and will be working on Woyzeck by Georg Büchner at the end of the year.