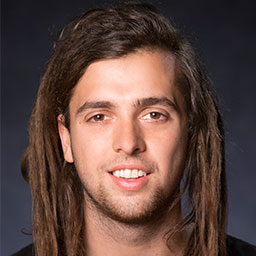 Joseph grew up in the rural town of Middle Dural in the hills district of Sydney and attended Galston High School where in 2012 he studied English, Modern History, Agriculture, Music, Visual Arts and Design and Technologies.

In 2014 he was accepted into NIDA’s Bachelor of Fine Arts (Staging) where he worked on Michael Gow’s production of Writing for Performance – A Personal View as well as the production of Kandahar Gate as a Staging Assistant. During the year he also worked on installing sets for theatres such as The Royal, The Capital and The Lyric.

In 2015 Joe went on to be part of an installation project for the 2015 Bundanon Trust Siteworks festival where he created an interactive automated piece that dealt with the concept of the feral within us; he – along with artist Alan Schacher – focused on the idea of feral architecture and giving buildings animalistic characteristics. Joseph was also given the role of Construction Manager on the 2015 NIDA Directors’ Productions.

In 2016 Joseph was given the role of Construction Manager and Staging Supervisor on the production of A Midsummers Night’s Dream and was given the same role for the production of The Space Between the Fuel and the Fire. while also working on the construction of his masterwork. During his breaks Joe continued to work for theatres such as The Royal, The Lyric and The Capital as well as working in the construction workshop for STC.