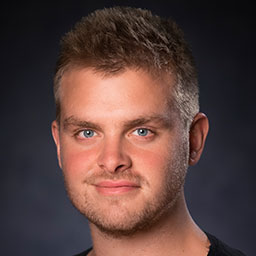 Jacob was born and bred in Sydney. After attending Saint Ignatius College, Riverview he pursued his love of travel, which took him to destinations throughout Asia, Europe and the Americas. He undertook French language studies in Montreal, Canada before returning to Australia to pursue his interests in art and design.

Jake completed an Advanced Diploma in Design for Live Production, Theatre and Events at the Enmore Design Centre. It was here that he gained clarity on his desire to make props for the film industry. Jake has a particular interest in hyperrealism and its demands on intricate and detailed art and sculpture.

Since at NIDA Jake has supported several productions including being the Properties Supervisor for Request Programme, Twelfth Night and Another Country. He has continued to pursue his passion for creating unusual and interesting objects. Jake is enthusiastic about bringing his skills and learnings to exciting future projects in film, theatre and events.