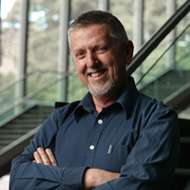 Stephen is one of Australia’s most celebrated and experienced writers. He has won great popular and critical acclaim as a playwright, screenwriter and novelist, as well as directing for both theatre and film over a career that has spanned 30 years. Stephen chaired the Australian National Playwrights Centre for a number of years, is the recipient of numerous awards and his work has been performed in most major Australian theatres and in New Zealand, the US, the UK and Europe.

Stephen is best known for his film and theatre work, including his AFI Award winning screen adaptation of The Boys, his role as script editor on the feature film Chopper and his numerous plays such as The Blind Giant is Dancing, It Just Stopped and the highly awarded Myth, Propaganda and Disaster in Nazi Germany and Contemporary America: A Drama in 30 Scenes.

Stephen’s work also includes his novelisation of the film Animal Kingdom and his film Scenario, an artificially intelligent 360 degree 3D cinematic work premiered at the 2011 Sydney Film Festival. Most recently he has worked closely with director and producer Jim Sharman on works such as Three Furies: scenes from the life of Francis Bacon and Andy X, an interactive musical about Andy Warhol. Stephen has just completed his film directorial debut Embedded.

He was appointed Head of Writing for Performance at NIDA in January 2013. 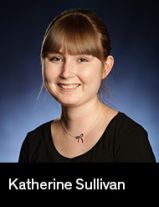 Katherine is an emerging screenwriter from Brisbane. She first made her mark at the age of 16 when she won the title of Girlfriend Magazineʼs Teenage Blogger. Over the years, Katherineʼs passion for writing grew and she graduated from The University of Queensland with a bachelor of Communication/Arts in 2016.