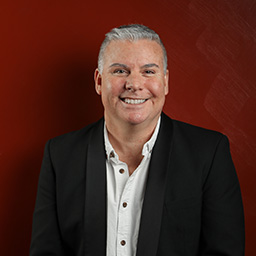 Andrew Ross studied acting at NIDA in 1984. Prior to his appointment as Head of Music at NIDA in January 2010, Andrew worked as a musical director, singing coach, pianist, actor and writer.

He has performed and musically directed productions for most of Australia’s state theatre companies and commercial producers on productions including Miss Saigon, The Venetian Twins, The End Of The Rainbow, Joseph and the Amazing Technicolor Dreamcoat, Buddy-The Buddy Holly Musical, Master Class and three incarnations of the Sydney Theatre Company’s Wharf Revue. Andrew previously worked at NIDA as music and singing teacher from 1988-1992.

Andrew has had a long association with Barry Humphries, including as Musical Director and accompanist for the Australian shows Look at Me When I’m Talking to You (1993); Remember You’re Out (1999); Back With A Vengeance (2004); Back To My Roots (2007) as well as for the Broadway season of Dame Edna: The Royal Tour which won a Tony award. He also wrote additional material for the Broadway show Dame Edna: Back with a Vengeance, which received a Tony Award nomination, the Australian and UK tours of Eat, Pray, Laugh! and the US tour of Dame Edna’s Glorious Goodbye and performed on the US tour in 2009 of Dame Edna-My First Last Tour.

Baz Luhrmann entrusted Andrew with the coaching of the singing on his film Moulin Rouge!, a position that led to frequent collaborations with Nicole Kidman on the duet Somethin’ Stupid with Robbie Williams and the film version of the musical Nine. 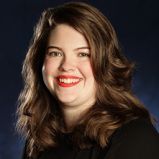 Veronique came to NIDA after pursuing a career in the medical sciences. Her exposure to the creative and performing arts while living overseas developed her interest in performance making.