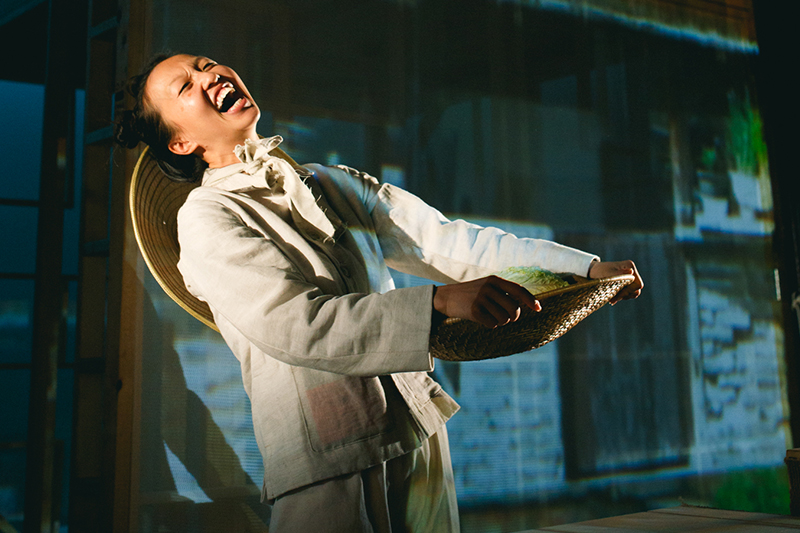 Photo: A scene from A Ghost in My Suitcase (photo: Daniel Grant)

Vanessa won the award for her adaptation for the stage of A Ghost in My Suitcase, based on the book (and illustrated novel) by Gabrielle Wang of the same name. The play centres on twelve-year-old girl Celeste, lovingly nicknamed Little Cloud by her grandma Por Por, as she travels from homeland Australia to motherland China, to return her mother’s ashes. Along the journey she is thrust into a world of magic and myth.

Vanessa is currently writing/developing an Australia Council/PWA funded new play Captain Dalisay. Other works include Awkward Dancing, The Petting Zoo, The River and Chipper. In collaboration with Ross Mueller, she is writing a full-length play Something About The End Of The World. Her work has been produced by STC, Malthouse , Belvoir B-Sharp, Griffin, Vitalstatistix, Deckchair, The Ensemble, atyp, Tantrum, Darlinghurst Theatre, Rock Surfers, Stooged, Freewheels and ABC Radio. Her plays have been read in the US, UK and in Paris.

As a playwriting tutor and guest lecturer, Vanessa has taught at NIDA, University of Newcastle, University of Wollongong, atyp (Fresh Ink and National Studio mentor), NSW Department of Education State Drama Camp and Writing NSW, where she was Director of their 2015 Playwrights’ Festival. 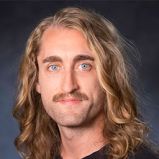 After successfully completing a Bachelor of Fine Arts (Dance) at the Victorian College of the Arts in 2008, Tyler was a professional contemporary dancer for companies such as Chunky Move, Australian Dance Theatre and Opera Australia.