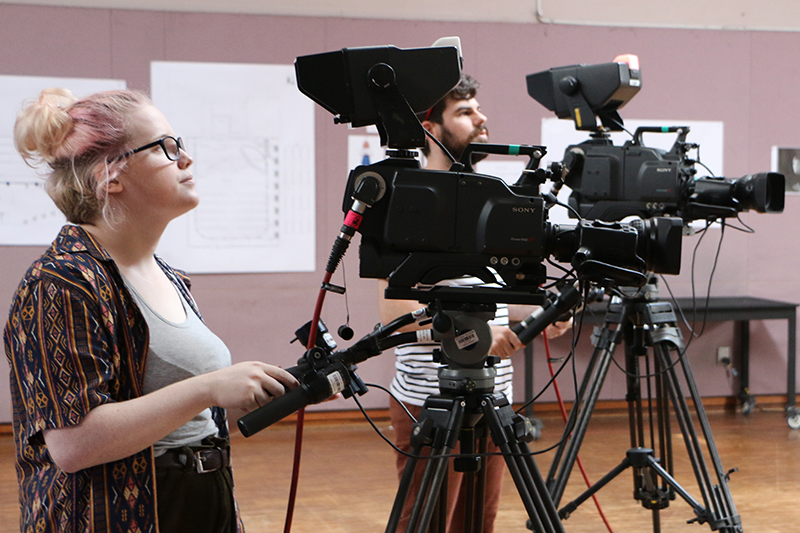 NIDA’s partnership with leading entertainment solutions company TDC has made a huge impact on TTSM student Susie Henderson (above) at the Festival of Emerging Artists.

‘Ever since I was a child I loved visual art but I had put it to one side. At NIDA I’ve been able to rediscover my passion and become a video designer. At the same time I’ve embraced the technical side and all the aspects of production.’

Susie Henderson is in her final year of her Bachelor of Fine Arts (Technical Theatre and Stage Management) and is video designer on three shows in NIDA’s Festival of Emerging Artists. She is working in close collaboration with the student directors, set designers and lighting designers on three shows, the Nick Enright and Max Lambert musical Miracle City, an adaption of the opera Pagliacci and a new Australian premiere of the poetic work Flora.

On Miracle City, Susie is working with Master of Fine Arts (Directing) student Hayden Tonazzi and Bachelor of Fine Arts (Design for Performance) student Hamish Elliot on an abridged version of the musical. The story is a family drama on the set of a Tennessee evangelical TV show. 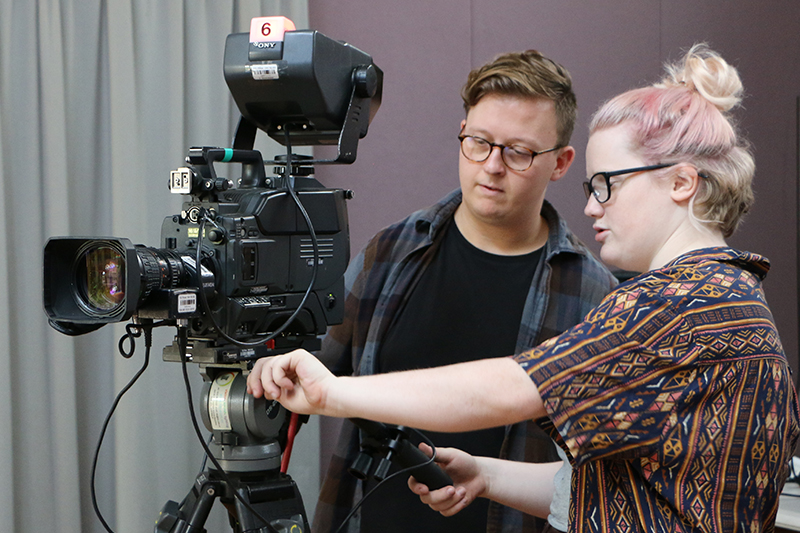 Hamish has placed the story amongst a luminescent TV studio façade, in a stark contrast to the world behind the cameras where the characters’ dark sides unfold. The design uses the selective frame of the TV studio camera live on the stage. For Susie, the use of high-quality equipment donated by NIDA partner Technical Direction Company (TDC) has been a major asset.

‘As the video design on Miracle City is about integrated cameras and a live-feed show, the TDC broadcast camera system incorporating four cameras and a CCU to control it, has been amazing. In theatre we don’t normally get access to these higher end systems. It’s not something you can learn theoretically, you have to plug this stuff in and learn on it.

‘Having the equipment has opened up a world of possibilities. It takes our ideas and concepts to the next level. We can literally recreate the live set of a TV studio with all the cabling on view on stage. We are embracing that whole aesthetic, we can move round the stage in live time and we don’t have to be hidden.’ 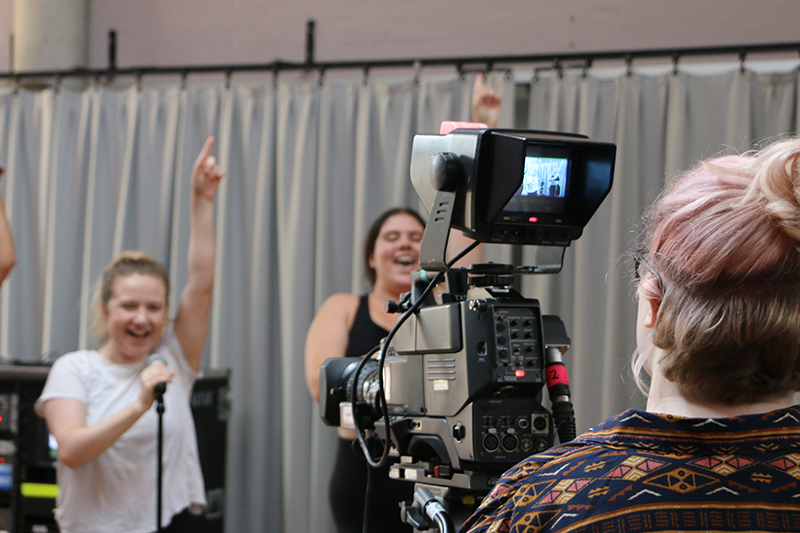 Above and below: The design uses the selective frame of the TV studio camera live on the stage of Miracle City. 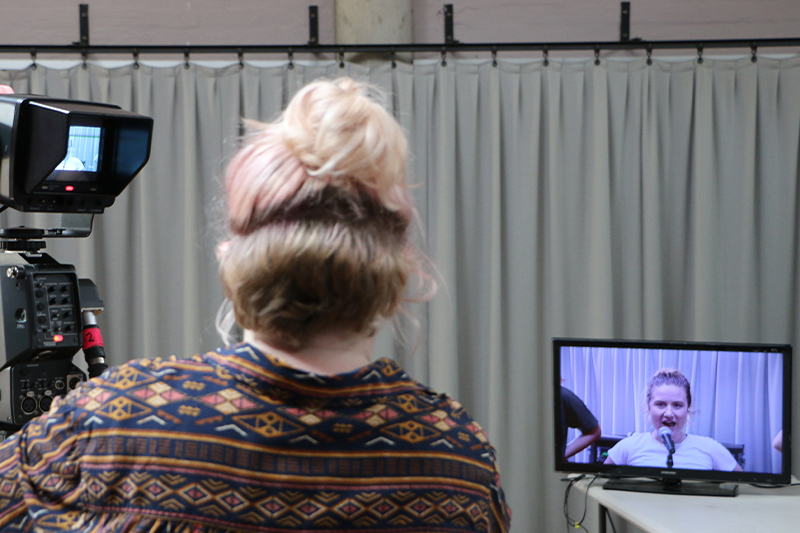 Susie says she came to NIDA wanting to become a Stage Manager, but, while she has enjoyed learning about those aspects of the course, has discovered a love and passion for video design.

‘I had never touched a projector before I came here. I fell into video design and designed a show – and then it exploded from there. I’ve had access to incredible technology, and working on Miracle City is another example.  At NIDA you are thrown into the deep end and you learn really quickly.’ 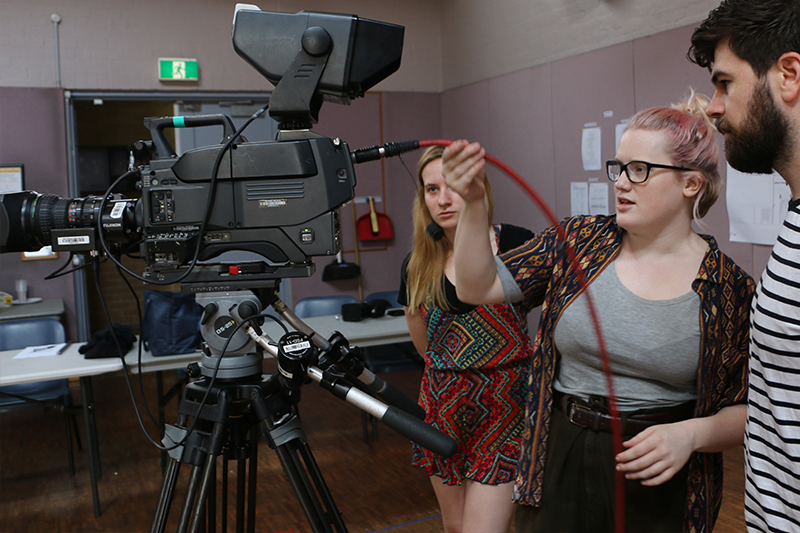 During her course at NIDA Susie has worked as Assistant Stage manager, Technical Assistant, Video Systems Supervisor, Video Designer, Deputy Stage Manager, Production Manager and Lighting Designer. She has also commenced her career with work on several external productions, including at The Australian Ballet, Redline Productions and The Old 505 Theatre.

Graham Henstock, NIDA’s Director, Centre for Technology, Production and Management, said that the support from companies like TDC is crucial in enabling the students to gain industry-standard experience. ‘TDC has been an invaluable partner at NIDA for several years and their equipment has made an enormous difference to our students’ learning experience. We always welcome partnerships with industry leaders in the performing arts and are extremely appreciative for the support TDC provides.’

The future is bright for Susie Henderson as she completes her course and heads out into the industry. ‘In technical theatre production there is a key to success and that is understanding what every person on the team is doing. It teaches you empathy and how you can help them to do their job as well.’

‘I’ve learnt about the ability to work under pressure and with other people. Yes, the hours are nuts in this industry! But this course has given me the space to realise that I can make a living as an artist.’

Read all about the Bachelor of Fine Arts (Technical Theatre and Stage Management) graduates here.

The Festival of Emerging Artists, including Miracle City, is on at NIDA from 11 - 14 December. Tickets are online here.

As a transgender and non-binary actor, and a proud member of the LGBTI+ community, Nyx is always searching for new means to connect themselves to writing and performance that reflect the true diversity of all lived experience.