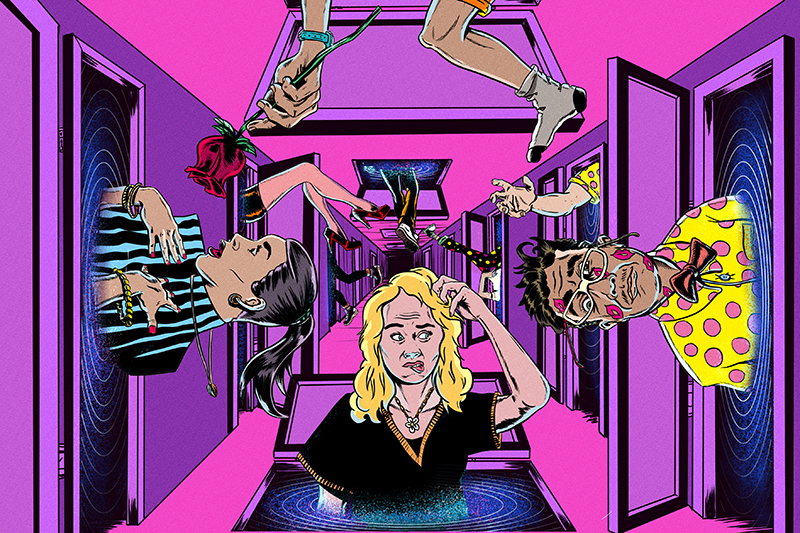 The Digital Theatre Festival (digital program links below) was an ambitious reimagining of the storytelling landscape. Bringing together NIDA students from all disciplines and featuring international collaborations and a mixture of established directors and new minds, the Digital Theatre Festival comprised six world premieres of works written specifically for the online digital space, being neither livestreamed theatre nor films. These works, many transmedia in nature, ranged in interactivity, with characters sometimes controlled by the online audience.

One of the most influential digital storytellers in the world, Sean Stewart pioneered the field that became alternate reality games (ARG). He is renowned for using transmedia storytelling to create worldwide pop culture phenomena, such as his legendary work in the launch of Microsoft’s Halo 2 with ilovebees, Steven Spielberg’s A.I.: Artificial Intelligence with The Beast and Nine Inch Nails’ Year Zero. 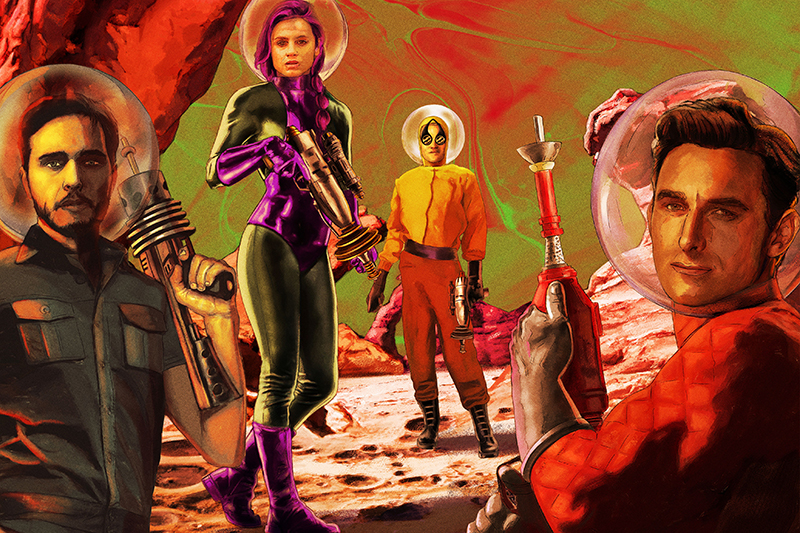 Sean Stewart recalls, ‘So I said [to NIDA], "What if we made a play about a love triangle, only it's also musical chairs because there are six people moving in and out of three bodies? And also it's not in a theatre, it's on Twitch. And, oh yeah, the audience gets to interact with everything in the show, including the props?" And amazingly, NIDA said yes! And now all these incredibly talented actors and crew are making it real.

‘It might be the most fun I've ever had on a project.’

Sean Stewart’s Roundabout was ‘A Midsummer Night’s Dream with a dash of Hunger Games’–  a science fiction fantasy, coming-of-age romantic comedy and swiftly accelerating farce for three actors and their audience. Three scientists who uploaded their consciousnesses to the internet became godlike digital beings, and as they drifted online they came upon three recently graduated school friends who are catching up via Zoom.

Livestreamed on Twitch, with an execution that is ambitious and courting chaos, the audience pulled the strings as various characters moved in and out of three actors, even as they took phone calls from the audience in real-time. 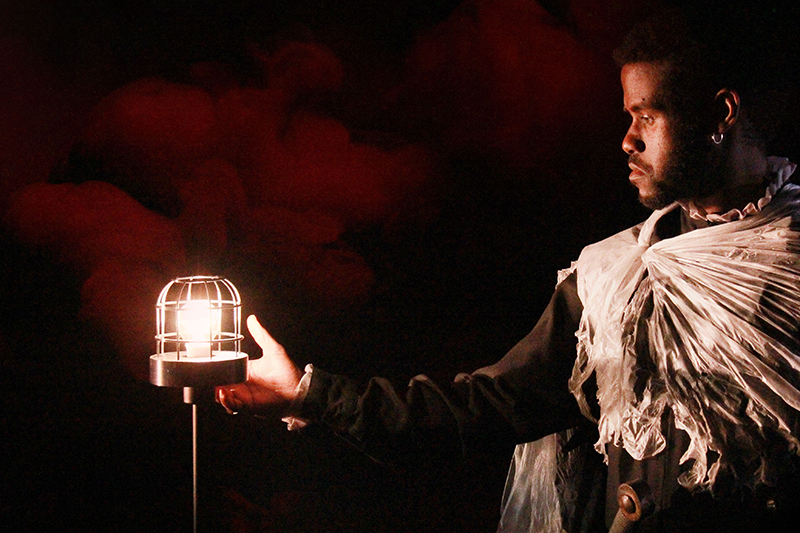 ‘Around the world recently we’ve seen all kinds of experiments with online theatre, but these works cracked open new territory,’ he said. ‘They not only directly responded to the times, driven by some of Australia’s brightest young imaginations working with directors of terrific international standing, but they anticipated what new times might bring as theatre continues to journey into digital realms.’

NIDA CEO Liz Hughes said, ‘I’m very excited about the Digital Theatre Festival and these six new projects. Applying incredible innovation and out-of-the-box thinking at every moment, we might just be seeing the invention of another future for the performing arts.

‘This future pushes the boundaries of storytelling and technological platforms, embeds the audience in the experience and evokes age-old wonder and surprise.’ 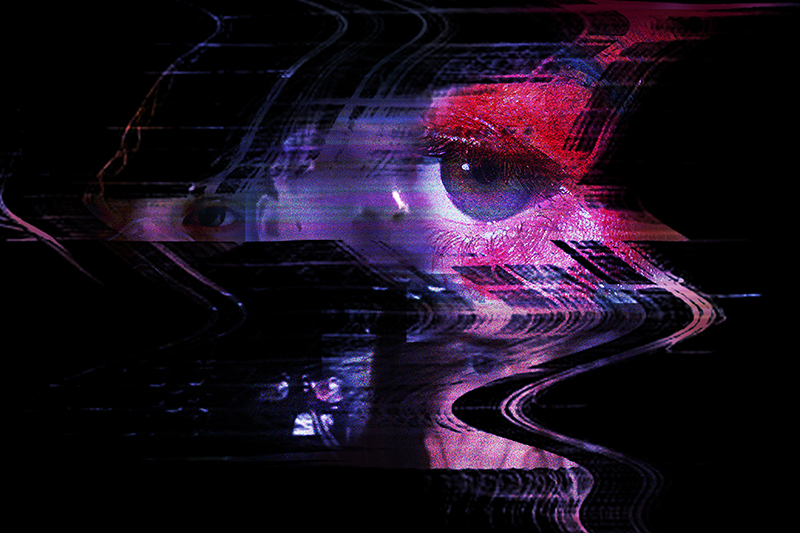 The international collaborations included Nigel Jamieson, renowned large-scale theatre and event director. Jamieson received a Greater London Arts Award for his contribution to London cultural life, and owns a place in history as director of the Opening Ceremony of the 2000 Sydney Olympic Games. Jamieson’s piece, Lockdown, followed a group of young people across various media platforms as they traversed the social and political cracks opened up by a pandemic.

Katy Alexander, former resident director at California Institute of Arts, and who trained with Robert Lepage and The Builders Association (NYC), connected with theatres and artists around the world in Ghost Lights, an experience that followed the ‘lost characters’ of darkened theatres as they wandered in empty public spaces, searching for each other and for the audiences that enable them to exist. 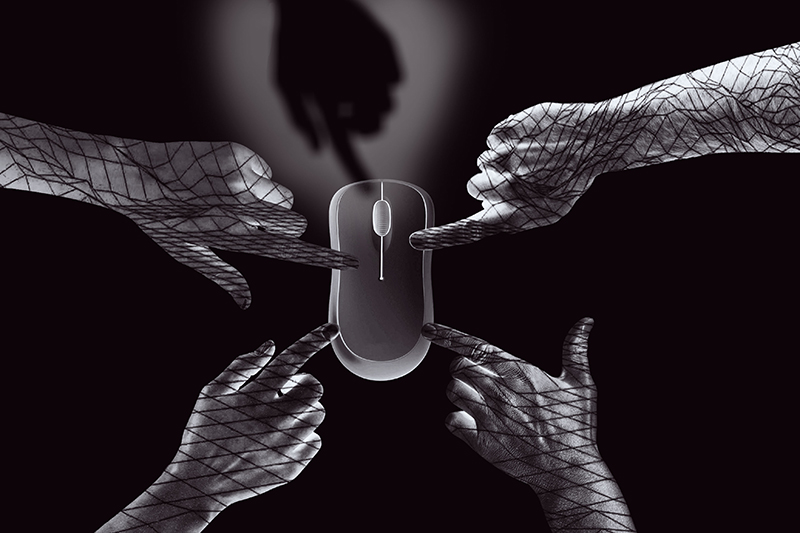 Six, directed by multi-award-winning former Associate Director of Melbourne Theatre Company and Queensland Theatre Company, Leticia Cáceres, told the story of four strangers who somehow ended up in the same Zoom meeting, only to find that a fifth window was mysteriously black. The window insisted that they all embark on a deadly game involving paranormal forces.
Lunacy, directed by Artistic Director of Crack X, opera librettist, Google Creative Lab collaborator and 2012 NIDA directing alumnus Pierce Wilcox, was an epic and witty 1960s sci-fi adventure involving a mysterious alien artefact on the Moon and a psycho-sexual story of love and longing. 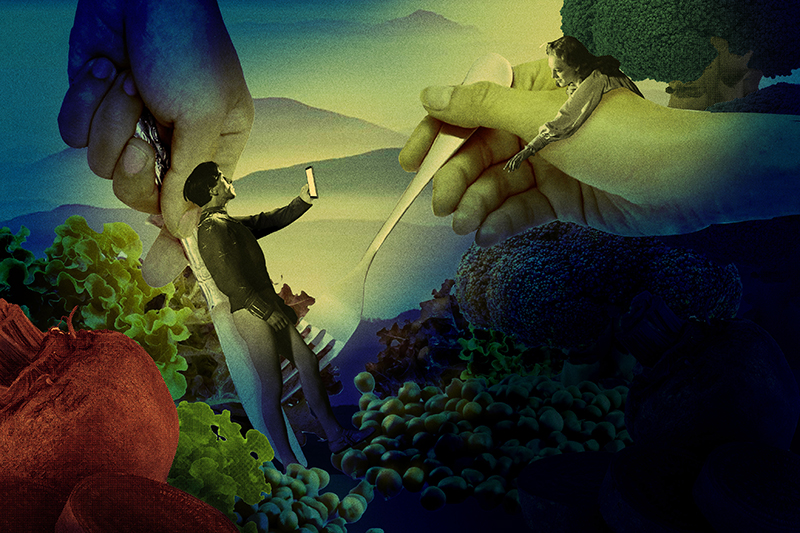 A Pox on Both Your Houses directed by Deborah Pollard

A Pox on Both Your Houses came from Australia Council New Media Arts Fellow and former Artistic Director of Salamanca Theatre Company and Urban Theatre Projects, Deborah Pollard and linked three love stories from the worlds of Romeo and Juliet, the 1918 Spanish Flu pandemic, and an online dinner date between two young men, who ‘shared’ food with their online audience.